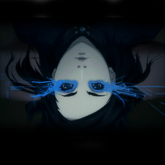 THE STORY: Ah! My Goddess: Flights of Fancy is the second installment in the calm Comedy-Romance series, and in many ways I can't help but feel that it falls short in comparison to the first season.   The first season had a great balance and story progression, but, in this season, the Romantic side of things was far more prominent.  At a few key points in the series it seemed as though the writers noticed this shift and attempted to cover it up with some quick, somewhat appeasing but ultimately ineffective, filler. I watched the series continue, and I couldn't help but notice some skeletal similarities to the first season which made it a tad annoying, as it become redundant.  More useless quarrels over false placement in jealousy, simple and ultimately far-fetched promises, and a warm embrace to lick the envelope's seal, shut it, and throw it in the mail-box. At the end of the series it seemed as though they ran out of ideas for the continued plot-line and decided to wrap things up prematurely, and finish off with a couple filler episodes which I will admit weren't horrendous. Focusing more on the Romantic development in the characters was a bad move for me as they didn't get anywhere in the end, nothing was confirmed that wasn't already said or touched on in the first half.THE ANIMATION: The animation continues with the traditional style that the first season started and it cut out much of the magical flair that the beginning portion had to offer since it spent so much time focusing on the romantic "development" of the series, if you can call it that. Now without its main attraction, that allure, it became a bit of the same old, same old. Some very normal lightning, dust clouds, and scenery art. One of the praises in my review for the first season was the near non-existence of Ecchi style throughout, throw that out the window, it would seem that the women are now sex objects.  I do pity the artists, if I had to draw people blushing as much as they did in this series I'd probably shoot myself or my boss.  Honestly the repetitive plot ultimately leads to repetitive animation, and this season doesn't disappoint in the regard of consistency.SOUND: Eh... The sound is still good I guess, I didn't notice it again, aside from the one time they threw a variation of the theme song in there which still has those bagpipes that I loved from the first one, too bad they were played by an elementary grade student still learning their scales. I may be alone on this one, but the opening to the intro song hit me like a frying pan to the face every time I started another episode, maybe they needed to adjust or normalize the volume or maybe the bagpipes were merely being played badly, I couldn't tell. Regardless the sound is nothing to appreciate the second time around. CHARACTERS: The characters are still well done and the voice acting has not lost its luster!  The new characters are interesting enough to entertain although they do seem to be re-hashes of some characters that appear to have completely disappeared from the first season.  As I've already said the attempt at a more Romantic approach for season two wasn't well executed and thus the main characters Keiichi especially suffered because his voice actor recited eight different variations of the same thing, I feel like I'm back in sixth grade algebra, "I don't understand..." "O well let me make my tone more condescending and I'll use a few synonyms to change what I said a bit, did you understand this time?" I realize that I am being harsh on the characters despite my appraisal, the entire cast voiced their lines with great sincerity and I would be hard pressed to find many other casts with equivalent talent.OVERALL: In my conclusion, I have to say that I'm disappointed in the second season.  The first season is a handy stand-alone and doesn't require a follow-up, especially one such as this.  If you have just seen Ah! My Goddess and are wondering about Flights of Fancy I don't recommend it, but if you are anything like me you'll finish it anyways just because you wanna know what happens. It wasn't a terrible watch and it is easy enough to get through, it does offer many of the same antics that warmed our hearts in the first season.

Anime's that stand the test of time, language conversion, and even culture differences. This title didn't make it. Originally when I saw this anime I wasn't very deep into my anime/manga obsession and I truly enjoyed, nay, loved this anime. What I saw was the subbed/Japanese "original", what I'm reviewing is the dubbed/American "conversion". I don't really know the specifics of who did it or when it was made but the dub was what I'd consider standard overly edited American junk. More to the point, after years and years of anime viewing, along with hundreds upon hundreds of titles viewed, my tolerance for this genre has become rather thin. Anyway, on with the meat of the review. Story: At first, I was enamored of this, now typical, story format. Now it's tired, over used, and sadly not done as well as you will find now. Still, since it was technically a pioneer of it's day I gave it some wiggle room. Especially since it is still a fun and enjoyable story to watch, little thou it is. Shallow I guess would be the word for it, not a lot of meat to it but at least there for the enjoyment of a light hearted, candy coated, pop rom/com. Animation: Again, for it's time and all, the animation is solid. Some still shot pans and poor quality scenery sometimes but that's par for the course for the era. What's nice is that not all the characters are cookie cutter typical bishi with rainbow hair, something you still see today, perhaps in greater quantities now than then. Sounds: Here I was a little confused with the 2nd seasons OST, especially the Opening... bagpipes? Quirky, but out of place. Althou that made me raise an eyebrow, I don't remember how the original goes and still don't really care enough either way. Sounds are just background for me and I tend to blend them into the anime as a whole rather than a seperate part. Characters: Cluelessness, over aggressiveness, and annoyance to the extreme abound in here. While I can't say I really hated anyone other than Skuld (for the screechy voice that seemed to take an ice pick to my eardrum) for her personality along with the sound of her voice, I also can't say I was really "in love" with any of them either. Urd still rounding out the top in my list of favorites since she was the most "believable" character in the whole lot (as much as any Goddess can be considered believable). Overall: Easily still enjoyable, but ultimately not as high a quality as I had originally rated it. There are dubs out there that are a hundred times better and frankly older than this and that alone hits the ratings hard. Add in your basic annoying character, tired jokes, and even corny (not in a cute way) battles and you get a less than desireable outcome. In the end, worth watching, but not worth watching again as I had done.

This was a great second season of the series, I loved the first one and was extremely esctatic to see it when Keiichi and Belldandy finally got together. I wish there was a little bit more of  a story lie though. 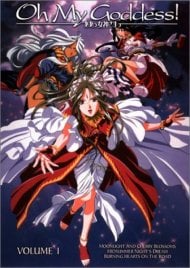 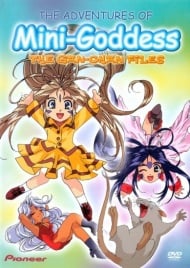 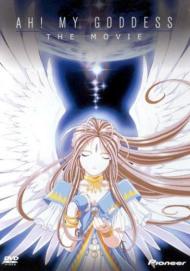 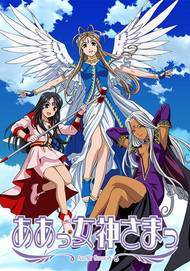 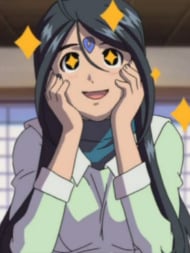 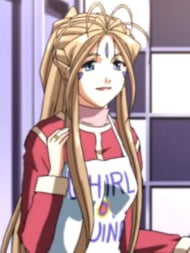 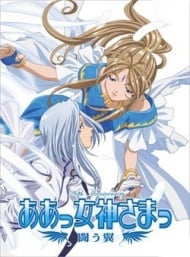 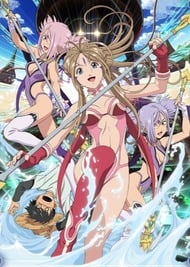 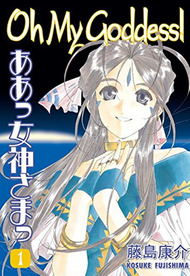 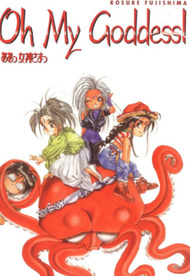 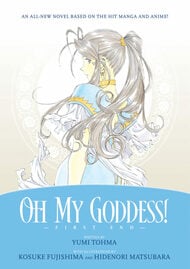 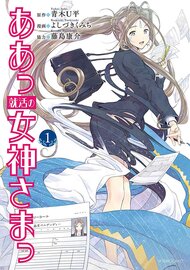