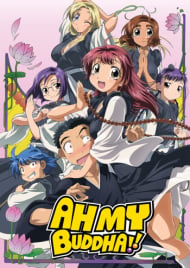 Ikko is a Buddhist monk in training who works at his grandmother’s temple with six nuns -- six very attractive nuns. Though lazy, weak and unmotivated to learn the skills of a monk, amazingly strong holy powers sleep inside of Ikko that are triggered only by the awakening of his, shall we say, lust for worldly delights. A vengeful spirit is haunting your home? A flash of pantsu, and Ikko's your man. But therein lies danger; what really is the secret behind his mysterious powers? And how many hits to the head from angry, semi-naked nuns can a man take?

Don't Get Me Aroused!! 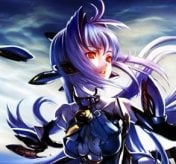 After watching episode one te basic story is there are about 5 girls and 1 guy going througn monk training. the guy is pretty worthless unless he happens to see one of the girls naked he goes into a powerful state and saves the day.

There is definitely potential in this anime series, however, there are some down-sides that can't be ignored. I'll get to that in a moment, but first off: general info. The story takes place at a temple, at which a young monk and a selection of teenage nuns are training. The story's main focus is on this young boy, Ikko, who's "gifted" with a special power that can exorcise evil spirits in the vicinity - however, the only way to enable the power is through stimulating the young monk's sexual desire - thus, the ecchiness of the series. Unfortunately for Ikko, he gets possessed by whomever triggered his lust, immediately after the power has been released, which often ends with beat-up performed by the exposed nuns. The story of Amaenaideyo!! is mainly focused around this power, and Ikko's training to detain it. Besides that, there are several cute side-stories concerning the themes of friendship, training and a bit of romance as well. I'd recommend this series to anyone who doesn't necessarily require a strong story-plot, who likes ecchi humor and harem-anime - and non-the-less semi-mature content. There are a lot of cute, naked nuns in the anime, however, nudity is only shown in the very last episode. 6/10. 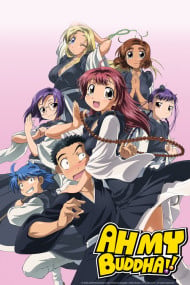 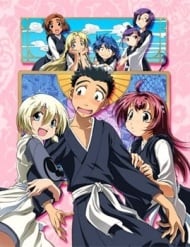 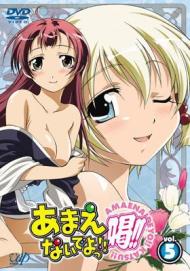 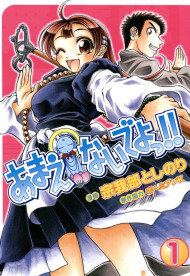 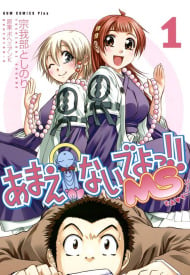 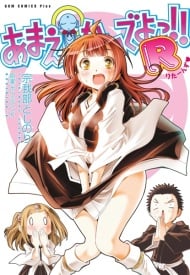