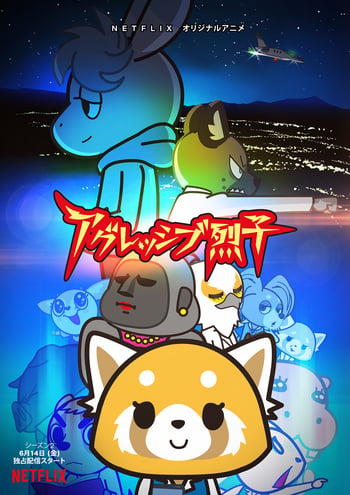 “What am I doing, really?”The second season of Aggretsuko seeks to delve into this question. It’s a question I ask myself a lot, as I know many here do. After all, it’s a question even more relatable than the struggles of the workplace and having to work with people who make your job harder. While I’m not sure this second season succeeds at tackling either quite as well as the first did with the former, it’s still a charming and relatable season of one of 2018’s greatest shows.One of the best things about both characters is how fleshed-out the characters feel, as it’s easier to connect with almost every character in this season, just like last time. The arc that Retsuko goes through is still great, and even easier to connect with than ever, with issues of learning to drive, dealing with overly meddling parents and peers who can’t take criticism, and having to deal with the prospect of marriage crammed down her throat. As good as it is, I think it comes at the cost of some of the other characters. The series has always been about Retsuko, but at times I feel some of the side characters got underrepresented. Retsuko’s older friends, Washimi and Gori, have about as much screen time as before, and are about as fun to hang out with as before. Her boss Ton’s presence still looms over both arcs of the season, but he’s no longer an antagonist to deal with, so his decreased presence makes perfect sense. Her best friends, Fenneko and Haida, do take a hit in terms of screen time, especially Fenneko who never has much relevance in any given episode outside of a few funny jokes. Other returning characters also have varying amounts of screen time, and one of the most pivotal characters of the first season’s second half is absent entirely. That said, it’s impressive how much we get to learn about most of these characters, even now, later into the franchise and with most of the side characters having less screen time. There are a few new characters, most of which are entertaining, but there are only two I’ll bring up here: Anai and Tadano. Without spoiling, neither character is who they seem to be at first glance, with Anai serving as a somewhat disturbing antagonist of the first arc and the latter proving to be more interesting and layered over time in spite of how nonchalant he is. Both characters’ relationships with Retsuko feel a bit rushed, with Anai’s bad blood with Retsuko essentially dissipating after one big moment in the climax of episode 5, and Tadano’s conclusion with Retsuko feeling like it could have used more time, on top of feeling a bit rehashed from the first season. That said, the arcs starring these two characters are mostly solid, even though the former drops one tension-inducing plot point halfway into the arc, and the latter feels a bit rushed and almost a tad too high in scope. It also gets a bit more topical than the first season towards the end, adding to the heightened sense of scope.Visually, this second season is about on par with the first, with a few new crazy facial expressions, some visually interesting sequences, and a fair amount of fun new character designs for Fanworks to play with. It’s about as simple and effective as before. Musically, there are barely any new tracks mixed in with the fun earworms of the previous season, as expected. One problem I have with the soundtrack is that while it doesn’t feel the need to kick off every episode with Retsuko screaming her head off, it decides it needs a few cheesy musical numbers, like in the penultimate episode. There’s also no new OP or ED, but those were the last thing on either season’s priorities anyway, so it seems we have to settle for new opening visuals and nothing else. At least the dub is still wonderful.Ultimately, while I do have some misgivings with this second season, it’s still charming, funny, and relatable, like a good friend that knows how to level with everyone. I’m not entirely sure how much longer they can keep this series going without losing freshness, but I’m glad this second season was still a fun ride we could all use. Aggretsuko knows exactly what it’s doing, but what about us? Written and Edited by: CodeBlazeFateProofread by: Peregrine

The 2nd season of Aggretsuko serves more of the comforting character driven adventures.  I appreciate the risk that Sanrio is taking with Aggretsuko. This is a set of characters, young adult to older office workers, in a setting, corporate Japan, that Sanrios core child audience would not care about or understand. I appreciate that Agg knows how to bring themes of loneliness, lack of direction and mundane work together in a charming story. Agg is a less universal character for Sanrio, and their obvious effort is encouraging  The story of season 2 is similar to season 1. Aggretsuko meets new co workers, struggles with her work and personal life and meets someone who she is infatuated with. If you enjoyed season 1, then I can recommend season 2.  When season 3 debuts sometime soon, my only fear is that the story will not change in a significant way. I was entertained by Aggretsuko season 1 and 2, but there has to be some large changes for this anime to keep me interested.  That Sanrio can create a character that I can relate to is astounding. Bravo!

I really enjoyed season 2 of Aggretsuko! On a structural level, I felt that it was weaker than the first season; The story was pretty much a rehash of the first and in most other circumstances that would bother me a lot more than it did. Since it's a character based comedy though, I didn't mind too much. San-rios character designs and animation style have never had a huge place in my heart, and it's animated pretty cheaply too, but it still really works for the type of tone the show is pulling off. The sound design and voice acting for both the dub and the sub continue to be excellent. Haida and Fenneko especially never fail to put a smile on my face. While their voices elevate these characters to great heights, their actual writing should not be understated. The writing in the show is by far my favorite part. All of the characters are written with a loving frustration, even the more hateable ones, and this gives them all depth which can lead to both the show's funniest and most touching moments. I'm not old enough to enter the real workforce, so I know little about the ins-and-outs of office work, but the inherent anxiety every character feels is something that still hits really close to home for me. I am incredibly excited for this show's third season and the new places it will take these characters, and I would really recommend it to those who enjoyed season one. 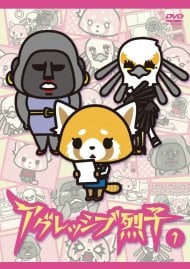 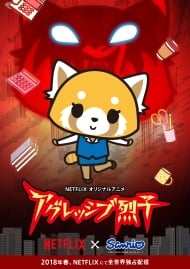 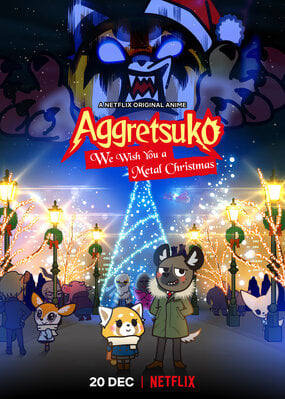 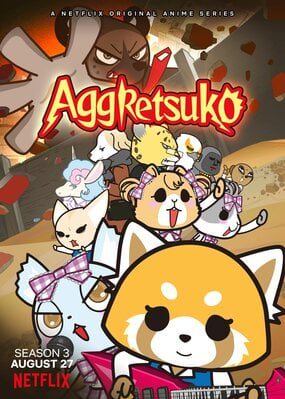