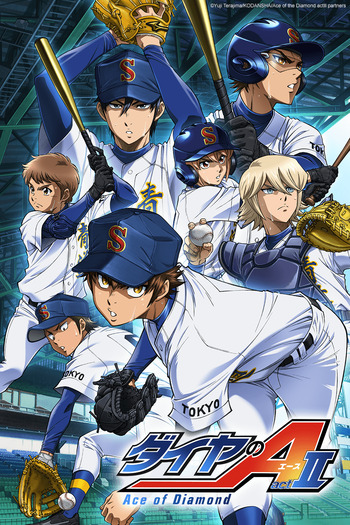 Blessed by the Baseball Gods

The Day It Began

Ace of Diamond is a Japanese shounen baseball manga series written and illustrated by Yuji Terajima (Giant Step, Hashi no Shita no Batman) and published by Kodansha. An anime adaptation of Ace of Diamond Act II premiered on 2 April 2019. The series focuses on the elite baseball team of Seidou High and its pitcher Eijun Sawamura. Seidou prepares to compete in various high school tournaments and the winning team will get an invitation to the Nationals and a chance to win the National title. The Nationals is the country's most prestigious tournament and the winner takes it all. Seidou High has not been to Koshien for the past seven years since Sawamura joined the team. What awaits Sawamura and his comrades? Will they get the title?I would not say that the animation is flawless and great, but it will never disappoint you. All characters, while do look like somewhat similar, are unique. In addition, the moment a game starts, the camera work will never leave you disappointed, bored, or sleepy. Another fact you can commend this series for is the fact that this series also has an amazing OST (that adds to tension in games and makes this series quite epic to watch), as well as the great work the Japanese voice actors did voicing their characters. And while music is not needed for many series, it is a must for sport series to add the needed tension to the series and here, Diamond no Ace: Act II does not disappoint music wise and animation wise.Diamond no Ace follows Eijun Sawamura, a left-handed pitcher, who also bats with his left. Sawamura was invited to join the baseball team of Seidou High School in West Tokyo on a scholarship. Under the coachship of Tesshin Kataoka, Eijun will need to work with the team to compete against other pro-teams. The new season starts with a brief flashback of Seidou beating rival Yakushi High School in the Tokyo Metropolitan Fall Tournament finals and got invited to the Spring Koshien. Long story short, Diamond no Ace: Act II continues truly high-quality storytelling and character development. It is what makes matches spectacular and characters interesting to follow. Each game is not just a stupid clash of the two teams: it is a unique story, which is being told by one, or two characters of a team; everyone has their own motives to win and something to put at stake. Not only do most of the main characters receive enough development, but also the supporting cast. You understand why all the players are trying to achieve the victory and you might even start to sympathize with any team.Enjoyment wise, unlike some other sport series, Diamond no Ace is just enjoyable because it has nothing to do with super powers and some other out of ordinary things, it is just how sport should be, where players are actually having it hard, they are trying to get better to improve, where every win costs you a ton of effort to achieve the victory that you desire so much. That is how sport series should be made, it was quite interesting to follow the series and the characters, I have nothing to criticize this series for.Overall, over the past few years, sports anime have been one of the most consistent, most entertaining genres, and Ace of Diamonds is yet another example of this. If you, however, have never seen the series and are afraid of watching it because of the number of series, do not be afraid, it is worth your time. Indeed, it is not a show for everyone, but it has interesting storyline and amusing characters and also provides some fascinating insight into Japanese baseball culture.

This has always been one of my favorite baseball anime. was glad that they had continued on into the 2nd year, do hope they finish the whole story so i can see it animated

Was really good but not something new. We saw the exact same plot last season and somehow they still managed to keep me on my toes. I watched this season as excited as I was last season so that's good and I actually bothered to learn the names of the players. Also the over all vibe this season was more friendly and about growth than any other season. It shows you that the journey isn't for nothing and not only is sawamuras playing better but his attitude. Great character development but for the live of god can we get new music? i'm so tired of the same guitar and drums playing everytime something gets even slightly serious. Their signature outro music is bomb asf though. 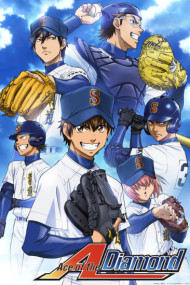 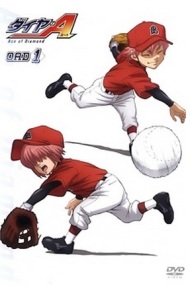 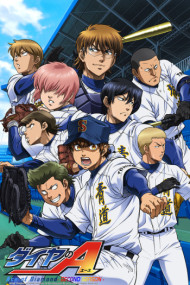 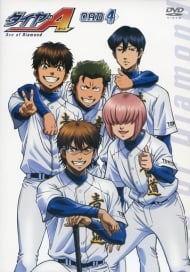 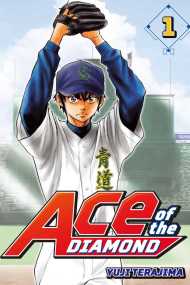 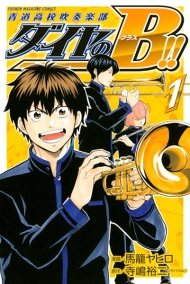 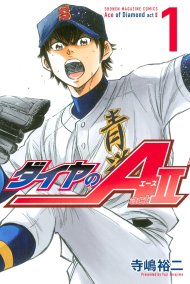 Daiya no A: Act II