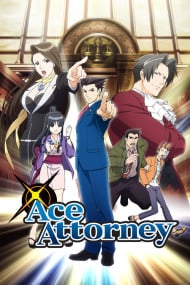 Adapted from the popular video game franchise, Ace Attorney follows rookie lawyer Naruhodou Ryuuichi (Phoenix Wright) and his assistant Mayoi (Maya) as he defends his clients in a court of law. With limited evidence and logic as his only weapon, can Naruhodou turn the case around when all the odds are stacked against him?

IMPORTANT!! Before anyone makes anymore stupid comments about this review, I want to make some things very clear. 1. I HAVE NOT PLAYED THE GAME! Nor do I have any intention to. I don't even own a game system so it's not even plausable. After watching this, I wouldn't play them even if I did play games. I have a phone that plays solitaire and suduko. 2. This review isn't meant for people who have played the games. It's not useful to you. My opinion is from the perspective of someone who hasn't played the game and cannot compare it to the game or have prexisting opinions of the story. This review is from the perspective of someone who hasn't played the games and who likes stories to have some kind of logic, real-world or other. This review is aimed at others who are in the same position. 3. There are no requirements to watch an anime. Regardless of whether it's made for the fans or made as advertisement or made for pure entertainment or whatever, anyone is allowed to watch it. There is no requirement that the audience or reviewer has to read the manga, play the game, read the novel, watch the movie, etc, and it is just as important for them to voice their opinion. 4. Freedom of speach and freedom to have my own opinion. I have it. Thank you. First of all, that is not at all how any courtroom or trial works, American, Japanese, French, Itallian, any. Second, don't say opening statements if you aren't going to follow through. Third, what attourney worth anything would walk into a courtroom that clueless about the crime. Fourth, since when does speaking cause a blast of air that can push someone down. Fifth, just because it's based off a game doesn't mean it should look like a game with music that sounds like it's in a game. That's the video game. This is the anime. It's not supposed to be the same thing. Sixth, what judge would let a defendent interrupt like that.  Seventh, if you really wanted to help your friend out, wouldn't you ask someone with a lot of experience to take the case not take it yourself as your very first trial? Wouldn't you want them to have someone really good defending your friend? Eighth, what lawyer in his right mind steals evidence from a hotel room and other places and hides evidence from the investigators. I know Japans Law system all that well but I am pretty sure that is not legal, not to mention you can't get much forensic data on evidence if it's not handed in. I got through the first episode mostly by pretending this was all in someones imagination and in reality it was a buch of kids playing pretend because that is really the only way to make the story makes even the slightest bit of sense. The elements of the story were fine but the content was crap. If the content wasn't so off it might have made it at least a bit better.  The animation style just put me off. It isn't necessarily bad, I just don't like that style much. I wouldn't be surprised if the sound in the game was the exact same as the sound for the anime. I remember at one moment the sound was really noticable to me and it felt like I was playing some game with that sort of repetitive type music or whatever, although I never played the game and never will. The characters were just dumb. How did any of them even make it through law school? Are we sure they got an education past high school because I'm not convinced. Not to mention they were highly stereotypical and bland.  Run away. Just run away. And whatever you do, don't let this guy be your attourney!!! I watched both episodes because I have nothing else to watch right now and I was slightly curious, but I would never reccomend it. Curiosity killed the cat anyway.

Note:This anime is in progress so this review will be changed after more episodes come out of the anime. Based on what I saw in the first episode,I am SO into this anime.The animation is the perfect one for this anime,especially how it looks exactly like the animation used in the modern PW games.The characters are just like you remember them from the movie.The most perfectly accurate one must clearly be Larry Butz.The soundtrack is just like you remember them from the games.But my favorite thing about this anime is the story.It accurately,and I mean ACCURATELY,followed the plot of the first turnabout litteraly from everything.I have high hopes for this anime and I hope this anime becomes popular.If you are a fan of the games,DEFINITELY watch this anime.

This is a review in progress, which I will update. So, if you've played the games, you'll know the story. If you haven't I'll explain it. Basically Phoenix Wright keeps getting murder cases, all where the evidence couldn't be pointing more directly at the client. It just so happens that none of them are actually guilty. Having played the games, this was all quite familiar, but set up in a believable way (for an anime). It incorporates some nice visual effects (a lot of 3d stuff), and keeps the suspense high throughout the story. One thing that I would point out is that they revealed the villain right off the bat. Being a mystery, I think they should have left the reveal until the end, but hopefully that changes in the later cases I'll hold off on a proper numerical review until the end (it's only there cause it needs to be), but at this point I will recommend you check it out for yourselves Halfway Point (Roughly) After three cases, this series is keeping up sespense and intrigue foe each case. Characters are developing nicely and exactly how you would expect them to act. I will say cases seem to skip over some of the details and makes things flow through fairly quickly (a bit more dialogue between characters while investigating would have been nice. some of the part in game were really good.) 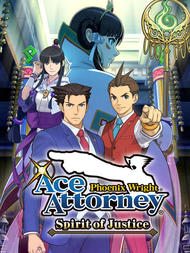 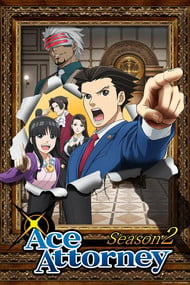 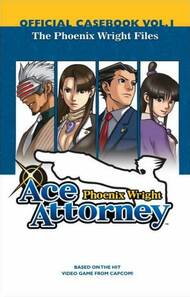 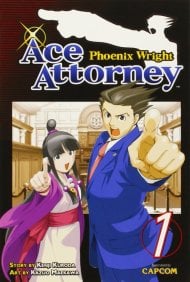 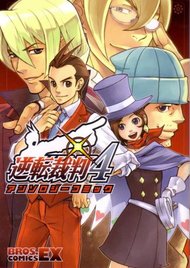 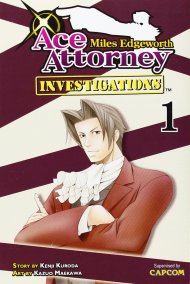 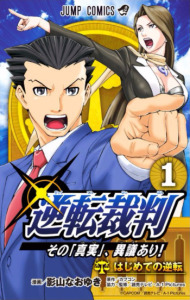