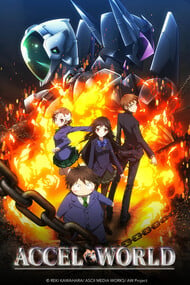 [Spoiler Free Preview] "The year is 2046. Haruyuki Arita is a young boy who finds himself on the lowest social rungs of his school. Ashamed of his miserable life, Haruyuki can only cope by indulging in virtual games. But that all changes when Kuroyukihime, the most popular girl in school, introduces him to a mysterious program called Brain Burst and a virtual reality called the Accel World."   An anime that aired from Apr 7, 2012 to Sep 22, 2012 so it's still quite new, yes, it is made from the same person that created Sword Art Online otherwise known as SAO so it might get a lot of mixed feelings of judgement depending if you're a fan of SAO or not, if you are, then you might just be disappointed,  however, that's not to say that the anime itself is bad, although it has to do a lot with virtual games however they no longer use Nerve Gear or anything that looks like a helmet but instead use a collar or "Neuro Linker", not only that but they're not stuck in a game at all, they choose to go to the game each time they activate it, were they get to battle and be challenged almost anywhere if not careful, a really nice thing I enjoyed is how the place they activated the game at is used as the arena in the game, although it may change how it looks physically, you're not actually moving at all, what happens when you activate Accel World is that it seems to make time slow down, it does this because of a helpful secret application which allows a person to make time seemingly stop by "accelerating" their brainwaves.  Other than that they don't get to choose their characters, the game chooses them from the person's worst fear, another thing I appreciated is how almost each character had an unique ability and are separated to groups due to what colour(color) their characters is, like let's say your suit was blue, you'd be set with team blue, etc. I really liked it despite it not having such an appealing Main Character but it truly is an unique anime, which I wouldn't mind rewatching~.

Hit and a miss! Too bad.  The whole review will sound like I hated this. Its easier to talk about mistakes. Anyway, ill start with the plus sides. Accel world has a lot of good ideas. I liked the whole way they introduced the VR thing in everyday use. Its cool, its fresh. The music is also pretty good and most of the character animation is fine(In the real world and not in the accel world. I dont really like the mecha genre, but here compared to its importance, the robots dont look too impressive. ). The humor is also very good sometimes.  And now lets plunge into the depts of human stupidity. First thing: main character. I understand that hes short and fat, but this is ridiculous. Hes barely a meter tall. Hes a midget. Also: his evolution: whimp-less whimp-badass-whimp-badass-whimp... rinse and repeat. One moment he gives a majestic speach, the next moment hes crying like a baby. By the last 3-4 episodes he gets somewhat better(menaing at least he stops crying faster).  Fights: they are horrible. No choreography, only talk, talk, talk, oh look, a new ability, talk talk. Bad guys talk a lot. We get it. But seriously. Sometimes they actually show some talent for fights scenes. But these usually last a few seconds than its back to nothing. Our main character is supposed to have great reflexes  and be smart. We see those good reflexes in maybe his second fight and thats all and we see his smarts for 2 occasions.  Fanservice: Im not into ecchi, I consider usually fanservice a lazy way so they dont have to write a better story, but if you want fanservice, do it or dont do it. Not this semi-intended-almost fanservice thing. It was like they couldnt decide to include some nudity or not.  The whole love thing: How can you fall in love with someone from seeing a highscore in a game?! Seriously. The writer of the manga needs to get laid fast if this is his concept on love. Also: Black Lotus isnt even consistent with his love: "Stop staring at my leg", she actually shows off her bikini, she says that Pudgyboy is the only one she ever loved, then she gets shy again the our main characetr asks her to stay with him. Ok. So.....wat??? You express your feeling without a problem, then youre shy again?!  Story: good ideas, bad implementation. The ending is very weak. 5.5/10 Animation: Lazyness, but usually good animation. Still, nothing special. 7/10 Music: probably the best feature. 9/10 Characters: Kuroyukihime is the best by far(even with the groundless love interest), other characters tend to change too fast: Takumu for example. The evil charcaters are only evil, because they are, they dont have a logical agenda, they are just there to be evil. Overall, the characters are not bad, but Arita is just horrible. 5.5/10 Overall: Accel world has its moments, but failes to deliver on most occasions, it also has an originality problem: SAO and Bleach should hire a lawyer. Its pretty action packed, but the action is not too special. 6/10 If you have nothing else to do, you can watch it, its good to pass time, and shut off your brain, but compared to other animes in the same genre( SAO and Log Horizon- season 1 of both) its far inferior. I could rant about it for another hour cause of the army of small mistakes, but there is no need. You get the idea. Dont think about it too much and you will have some fun. Just watch somethign else if you want quality fun! 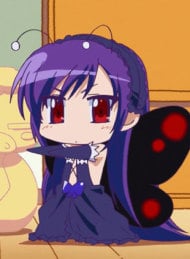 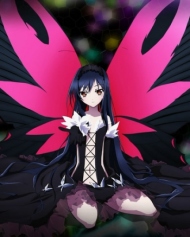 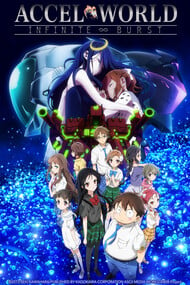 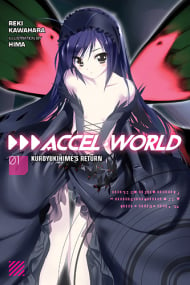 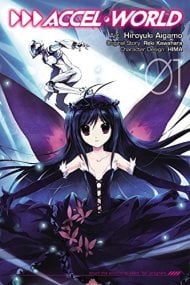 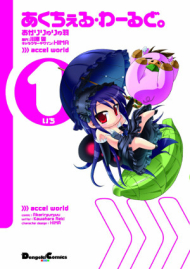 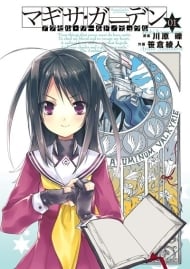