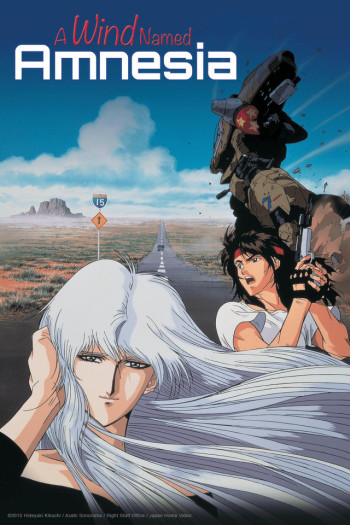 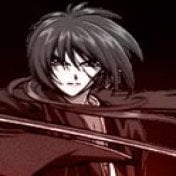 Ugh......were do I begin. I really wanted to like this anime. I watched the dub so this is a review of that...subbed would probably get around a 5.5/10 so the acting was only a part of what made this a disaster.

The Apocalypse didn't come with a bang, but with a whimper. Silently, the amnesia wind swept away all of mankind's knowledge. Thousands of years of human civilization vanished overnight as people forgot how to use the tools of modern civilization: who they were, how to speak—everything. Technology decayed as mankind was reduced to the level of cavemen.

Two years later, a young man—miraculously re-educated after the cataclysm—explores this barbaric world while pursued by a relentless killing machine. He is accompanied by a young mysterious woman who is somehow spared the devastating effects of the amnesia wind. The story is one of the only redeaming qualities of the film.

The animation was a factor but it was a 90's anime so i will cut them some slack. Its not the worst animation but it was bad enough to knock a few points off.

This is where my biggest complaint lies. The dub was terrible. It ruined the whole movie. WATCH THE SUB!!!!!!!!!!!!!!!!!! I can not stress this enough. The music is generic but it is a 90's anime so its expected.

Generic as it is, the story is good.....good enough to make it worth 1 watch. So if you can stand the bad animation, horrid dub, and generic characters then give it a try.

The whole world gets a weird wind that comes along and makes everyone forget how to do everything. who they are, who they love, just everything. killing and murder take place for food and just basic survival instincts. Man has been turned into primitive beings now.

Wataru (who didn't have a name at the time and was a beast himself Johnny names him) meets Johnny who was not effected by the wind because he was a science experiment to make memory more and more. which is pretty cool imo because they had lots of other experimental beings that could use telekinetics and whatnot. really COOL

Anyway Johnny teaches Wataru how to talk again and do all the things he knew how to before the wind. After a little while Wataru because Johnny gave him the name Wataru which means wandering traveler. he starts traveling because he promisec johnny to go to all the big cities in the US.

He meets up with a nice lady named Sophia who can talk as well and seems to have a power of her own using her mind.

Men of the earth have started to kind of do things like midevil earth as we know. tribes, sacrifices, worship over strange things, and just basic survival of the fittest.

After running around with all these savages for a while Wataru and Sophia end up in a place that the US gov made. it is a self containing city with everything it needs to keep humans alive and well. it's all controlled by a super computer which makes me thing of Appleseed right of way. hehehe... the city was mildly affected by the wind but not enough to make people forget their day to day desires.

Sophia finally admits to Wataru that she is part of a race of aliens that did in fact send the wind down upon mankind. not only out of fear of attack but for mankinds own good in their opinion because now everyone can truely start over from scratch. Wataru continues to travel around the old US cities trying to teach and help some people do things for the better.

so the end of this is Sophia taking Wataru for a roll in the hay and makes him remember all their travels together and all they meet along the way. finally she goes back to her race to report how mankind is progressing in their current state. LOL that came out of no where!

there was nothing outright bad about this anime for me. the music was a tad cheesy but hey what do you expect from an 90's film that is still clearly thinking about the 80's XD all in all this was very enjoyable watch for me and i give it a 4/5

What I Liked: Interesting mish-mash of science-fiction and post-apocalyptic situations and elements, good background art, good character development of some of the characters, the awesome late-80's soundtrack.

What I Didn't: The plot was liner in terms of structure but stupidly all-over-the-place at times, character designs were unimaginative, voice acting could've been better, animation itself was nothing special.

Final Thoughts: While horridly dated and over-crowded with enough disjointed science-fiction and post-apocalyptic elements to make your head hurt, A Wind Named Amnesia is still an interesting and thought-provoking movie. Just leave any disbelief at the door.

relitively mediocre. Posta apocolyptic with one or two cyberpunk elements. I think my favorite character was the Guardian. The only reason I watched it untill the end was so that I could see if aliens, a secret orginization or a gov/military orginization did it on purpose or accident. I did not like how the lend left me dangling.

enigmatic sophia who calmly accepts everything going on. How can anyone think she is not suspect. She knows to much.

Johny - I am so surprised he is still psychologically functional - had the title of Menotor and Inspirational character.

Wakaru - Rambo, er I mean.... he is a lont more well manared than Rambo.

Guardian- one tenacious bastard, though not sentient enough to be allowed to roam about for too long - good antagonist. Not quite as mildnless as all the people.

eh it was fine, but OMZ that song that played about the middle was horrible !

its fine, for its time period - nothing really special, but not horrible either. At least it didnt have that wretched 80's hair.

It got tedious really fast. The pace was off after The City and they never really found it again.