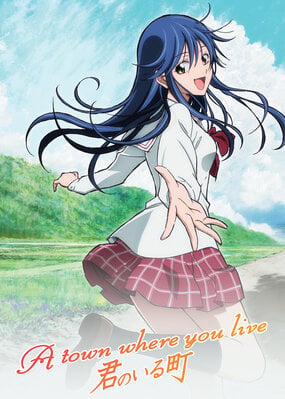 How far would you go for true love? All his friends said he was just being "stupid" and "delusional," but Haruto just couldn't give up on her... Yuzuki, the girl that showed up on his doorstep one day, stole his heart the next, and then left just as abruptly as she arrived. With the faint hope of rekindling the romance they'd shared, Haruto decides to pursue her, moving away from the rural outskirts of Hiroshima to the big city of Tokyo.

This anime, this anime, this anime. It makes me worry sometimes. Enough of that, this anime is really really emotional and is a great watch. Sorry for the lack of tags that this site hasn't updated on, but if I were to label it. : Slice of Life, Romance, DramaThe story. I might be giving it a little too much credit, but I feel it deserves this 9/10 rating. This anime starts off a little confusing, but the back-story is explained as you go. This anime starts off with a male lead desperately trying to find the girl he loves. Turns out, this girl already has someone else on her mind. So because of him getting rejected, he stays in Tokyo, after moving from Hiroshima, despite all the difficulties trying to get his shit together. After he finds out about all the drama of his girlfriend leaving for another, he finds one himself. Soon, both of the leads meet conflicting feelings as they try to clean the mess they created. Boom. It was a great story, but with the background information they gave the anime audience, I feel that many will disagree with me, a manga reader.Animation... Oh boy, it was not very appealing. Standard. Standard. Standard, is all I have to say. There was not very many appealing animations. The talking was awkward. The mouths only move up and down when talking, so don't expect much masterpiece animation out of this, but what you can expect, is good visuals. That's why my ranking of the animation is higher popular view, I felt that the art made up for the animation, allowing me to give it a 7/10 The sound? I felt that the character voicing was above average. Nothing was wrong with it, but in fact, the voices sounded very nice. I loved the main character's accent and the way some of the manga characters sounded. And the opening song was quite fun. I liked the way it sounded but there are sometimes where the soundtrack doesn't fit the situation as strong. So, 8/10 Characters. I felt they were really strong, and easily likeable. All of the characters, I didn't find any to despise, but I did find a lot to like. And the main leads also showed a lot of character development in the story, as I expected. In the midst of the drama, the way the characters were portrayed, I couldn't bring myself to like his current girlfriend more, or the one he chased more. In my defense, I loved them both, and although the chased one isn't popular as she should be, that can be changed with a little reading from the manga. 10/10This anime is well worth the watch. I'd definitely recommend those who love the genre of this anime to watch this. It was a good try, and the MANGA is a must read. If you can, or if you're willing to watch this, I'd read the manga, about the 1st 79.5 chapters to find the connection between leads more deep.  Thanks for listening to my 2nd review, please point out anything I can improve on, and I hope you like the anime!

Although the drawing sucks for this anime, the plot twists are real. It gives u the feels near the end. I especially enjoy the ending track. If the drawing were much better, i bet more people would watch it. This anime is UNDER RATED, big time. 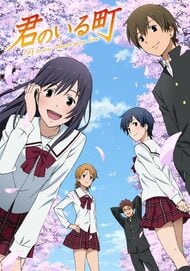 A Town Where You Live: Tasogare Kousaten 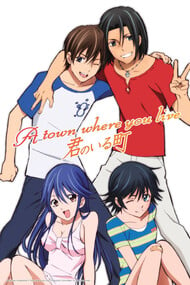 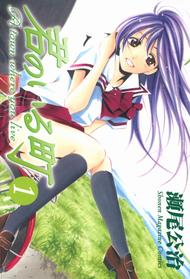 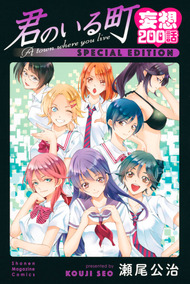 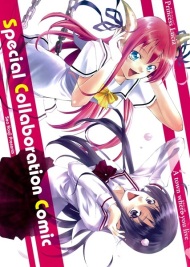