A Sister's All You Need 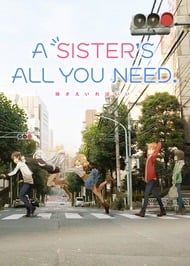 Every day is full of fun. But something is missing. "My life would be amazing if only I had a little sister. Why don’t I have a little sister...?" These are the musings of little sister-lover and novelist Itsuki Hashima, who only writes works featuring little sisters. Around him gather a number of unique people: genius author/pervert Nayuta, female college student Miyako, illustrator Puriketsu, and the brutish tax accountant Ashley. Each of them hold their own worries, but live their peaceful daily lives while writing novels, playing video games, drinking alcohol, and filing their tax returns.

I Only Need a Little Brother Who Can Cook, a Beautiful Naked Girl, and Friends I Can Relate To.

If Only a Miracle Would Happen

As Long As It's Research

As Long As You're Working.

All You Need Is to Write Novels.

Having Your Media Developments Go Well Is All You Need.

Adventure Is All You Need.

All You Need Is Love and Friendship.

Nudity and Underwear Are All You Need.

A Lack of Problems Is All You Need.

Becoming the Protagonist Is All You Need.

A Sister's All You Need?

Even though the title suggests that this is an incest, sister-obsessed Eromanga 2.0 but no, it's not. This anime is totally different. Most of the people must've put this anime on their "Won't Watch" list just by reading the title, but if you have reached till the reviews to check out if this is actually an incest anime, then you've done a good job. This anime is NOT INCEST. Its just that the main protagonist, who is also a light novel author, is a siscon. but fortunately he doesn't have a sister. Throughout the series, he just fantasies about his imaginary little sister, and write it as a novel. This anime is a mixture of slice-of-life, comedy, a little romance and...... ECHII. No no, not little sisters nor underaged girls saying "I love dicks" casually. All the characters are adults except the protagonist's brother who is a high schooler. The adults are like, naked sometimes (ofc girls only) and their excuse is "I can't write unless I'm naked~ Pehe~!"  This might be your favourite anime of all time, or just an average anime passing through, but believe me, just give a try.  Story (8/10)This anime is about some light novel authors, how they live their daily life with their own difficulties and happiness. The story was beautifully presented. This is one things i like about light novels, is that the whole series is based on how they present the story in mere words. It is really intriguing -every episodes ends in a cliffhanger- and makes you eager what happens next. All is interesting but, there were a lot of board games, which are just games and nothing else. No progression, just like a filler. Animation & Sound (7/10 & 7/10)Nothing much in this area. The OP and ED were really good and i never skipped them. The BGMs were ok too. But i really like the Voice acting of the characters, they were well done. Characters (9/10)The whole anime revolves around the characters, and heavily depends upon them. The story moves forward as characters develop. No characters are left out, everyone gets their time to present themselves to the viewers. The interactions between the characters is what makes the comedy and the story moving. Overall (7.8/10)This is nice, chilling and relaxing to watch. The BGMs and the characters set off a nice chill mood, accompanied by the low contrast animation. If you like slice-of-life comedy about light novel authors with some pinch of romance in it, then you should try this.ALSO PLEASE, PLEASE SKIP THE FIRST 3 MINUTES OF THE FIRST EPISODE. If you're piqued, then ill tell you why.  NOT SO HUGE SPOILER, but hey its my job to say it.They just show a story he wrote about two siblings (a bro and a sis) with his weird imouto fetishes. A little hint : the lil sis will be fully naked in the whole scene and the bro uses her bra like a towel after bathing and eats her used panties (not joking here)

Don't listen to the other reviews. Watch it for yourself and see if you like it or not. In my opinion, a solid show that's underated.

>I watched the English dub so my "review" is based on that. unfortunately my days of reading subtitles ended when I lost the sight in one of my eyes. >I can't believe I'm saying this, but this anime was let down by the ecchi stuff. obviously I'm not against ecchi, in fact I like a bit of ecchi stuff however when it happened in this anime it just seemed out of place, almost like the scenes were added at random just to fill time and the way the first episode opened up made me wonder if I had accidentally stumbled onto hentai. but even so, it still scored highly for me. >that said; it's a fantastic slice of life story about being a writer, the accountant is funny as hell when she goes through the MCs erotic manga/LNs/games etc. reading out the very specific titles like "fuck a sis" and then asks him what the games are about to embarrass him. >the main "love interest" is also very crude and funny because of it, but at the end does something extremely sweet for the MC. >sorry that the review is a bit shit but I just wanted to say that it's much better than sounds. 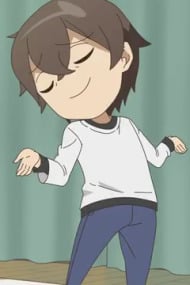 A Sister's All You Need (Web) 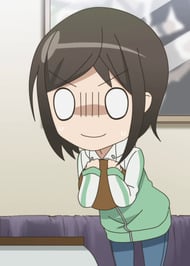 A Sister's All You Need Specials 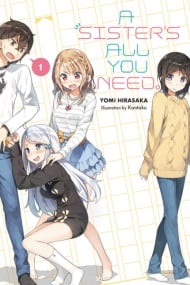 A Sister's All You Need. (Light Novel) 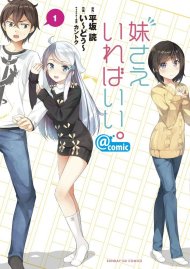 A Sister's All You Need. 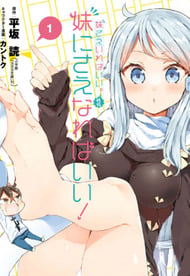