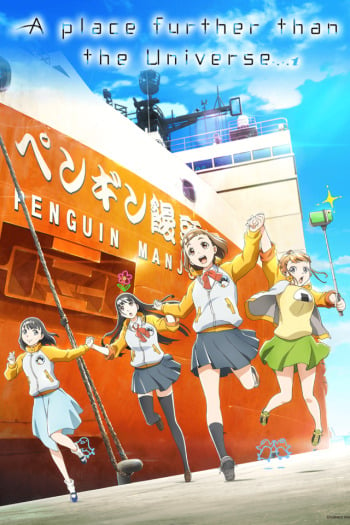 If you're looking for anime similar to A Place Further Than the Universe, you might like these titles.

Both are anime series about four fun-loving girls doing outdoor things. One is a cozy camp setting, the other is an adventurous trek across Antarctica!

Both very adventurous anime with CGDCT elements but a lot of warmth and heart to both. Enjoyable for their characters, and environments.

Recommended mostly due to similar ideas, presentation, and emotionality. The highlight of both shows, in my opinion, is how dedicated the characters feel in achieving their desires. The music and imagry in both also blend so well with the narrative that you can't help but get drawn in. The major difference is in the story. Laid-Back Camp is a slice-of-life mixed with real locations and tips for how to make your own camping trip. A Place Further than the Universe is much more narrative and character driven. But in the end, both are simply feel-good, lighthearted shows! 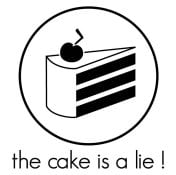 Both anime revolve around a group of high school girls, learning about and appreciating the outdoors through adventures and strengthening their friendship along the way.

Both anime feature kawaii girls doing adventurous outdoorsy things. Both animation styles are clean, clear, and colorful. Although both are slice of life, A Place Further Than the Universe has a deeper storyline.

Both shows follow an entertaining group of girls doing something uniquely interesting. Of course one is a substantially bigger event than the other, but they both fill that "cute girls doing various things in cute ways" niche exceptionally well, and include some marvelous and breathtaking imagery to boot. A Place Further than the Universe is a more emotional journey, while Laid-Back Camp is the more relaxing series.

Both shows are about a group of girls discovering a new goal in life and pushing themselves to achieve what they thought was impossible. They also make for a great friendship story!

That saucer has always been in the sky... "I'm here to grant wishes." A mysterious saucer appeared in the sky above Kiriya Lake. When it appeared, the world panicked. But when it simply remained there, the terror disappeared. Eventually it became a tourist area, and people gradually lost interested. When two girls meet, it's a sign that things are about to happen again. A new story, where feelings change people.

If you liked either of these shows, specifically the aspects of coming to terms with life and what it throws at you, both shows excel strongly at this story aspect in a way other shows tend to barely miss.

Both stories heavily revolve around a past that's been left undealt with for a very long time, and then follows the main characters as they attempt to live with the consequences of it going on for so long unattended to, and because of this all the characters in both shows are pretty deeply given character in different ways.

However I would say they both throw their cards on the table at the end and show their strongest suits in the final 3 episodes of each show, so it can be kind of hard to get through the drag of the first 10 depending what kind of person you are, but both journeys are entirely worth it, and show you aspects of yourself you might not have known about prior.

Kimi no Koe wo Todoketai

Nagisa is a girl who is a little impatient because she cannot find her future calling. She wanders into an abandoned mini FM radio station. On impulse, she tries to become a DJ, and her broadcast words by chance unexpectedly reaches people. 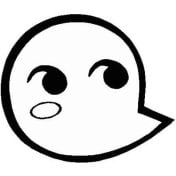 If you liked Kimi no Koe wo Todoketai or Sora Yori Mo Tooi Basho, you may try watching the other one.

Both series are about a bunch of girls' friendship and how this friendship helps one of the characters overcome a trauma.

The ending regarding this aspect however differs from one series to the other one.

Also both series have a very similar visual style (both where made by the same studio).

Both animes have overarching plots or "goals" and main characters working towards them. While widely different, they both possess some similarities in the storytelling and the emotions they invoke in you. Both are beautiful to watch and if you enjoy onem you'll certainly enjoy the other

Both anime are about a young girl abandoning everything that she knows to go on an adventure into the unknown.

In the futuristic city of Neo-Acropolis, eleven girls lead very different lives. Each has a different story to tell shaped by her fears and ambitions, and the small joys and sorrows that make up the formative moments of her life. From a scientific genius who has to face her fear of men, to a young girl who does not want to grow up, to a high school manga author struggling to meet the deadlines, to the intricate relationship between two sisters - the girls come from all walks of life, sharing only the city of Neo-Acropolis, and that mysterious spark that makes their lives so interesting.

A Thai foreign exchange student named Mei finds herself bewildered when she first arrives at Saga station. She gets on a bus and, through interactions with the residents of Saga wherever she goes, she makes her own "precious memories."