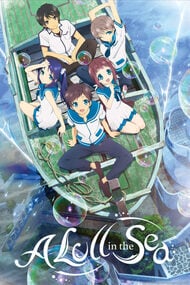 Long ago, humans lived in the sea. However, some humans defied the Sea God and moved to the land, creating the division that now exists between Shioshishio, the Sea Village, and Oshiooshi, the village of the land. Now, four middle school students from the Sea Village, Manaka Mukaido, Hikari Sakishima, Chisaki Hiradaira, and Kaname Isaki must attend Mihama Middle School on the surface. While getting used to their new lives, these four and their new friend from the surface, Tsumugu Kihara, learn how true bonds of love and friendship can overcome any separation.

In Between the Sea and the Land

The Tradition of the Sea

Beyond the Wavering Feelings

The Saltflake Snow Falls and Falls

I Want to be Kind

This is my first review, just because I feel I was so incredibly mislead by the rating and other reviews. I'll try to keep this brief: this show sucks. Let's get this straight: The art is beautiful. Animation, backgrounds (especially), the designs-- they're a joy to see. The voice acting is good and the music isn't obnoxious or intrusive. And it's very much like watching a movie with a really great set of actors and actresses that bombs because the script is awful. When I saw " love triangle" in the tags I didn't think that would be the entirety of the plot. It is. Some other stuff happens, more interesting things, but it's all secondary to the romantic pinings of a bunch of 14 year olds. Which might have been fine, I love a good romance. I also love silly, naive, feel-good stuff, and I love serious plot driven shows too. This is none, zero, zilch, nada, of those things. It tries to do a lot of things and does none of them well. I couldn't bring myself to care about any of the characters because there's not really much to them, and since they're the whole basis of the show, it falls flat every time. It feels fake and melodramatic. I watched the whole thing waiting for it to get better, and it didn't, but it wasn't the worst thing I've ever watched. All I can say is, well, "it tries". Sure is pretty though.

Long ago, all humans lived in the ocean. But some who longed for the land abandoned the ocean, casting off the special raiments granted to them by the sea god to adapt them to life under the sea... Though mankind was divided into sea dwellers and land dwellers, each with different ways of thinking, they were all still fellow humans, and they continued to maintain contact as time went on. Due to the closure of their school four young teenagers from under the sea are sent to attend school on land. Sakishima Hikari, Mukaido Manaka, Hiradaira Chisaki, and Isaki Kaname live in an undersea village, while Kihara Tsumugu lives on land. As these middle school second years meet for the first time they attempt to understand one another and their differences as they try to get along. When things in the sea suddenly start to change the four teens relationships begin to change in the wake of what is to come ... The youthful fantasy tale of these young people's lives unfolds in a strange and beautiful world. As a P.A Works production I simply knew it was going to be beautiful. . .and it was! Breathtakingly gorgeous animation that often made me pause watching just to admire the beauty of it! The soundtrack was also incredible! I absolutely LOVED the music choices! And the VA's did an amazing job! The plot was also very unique and not at all what I expected when I went into this ... I was thinking mermaids or some such shit but, I got something completely different and was pleasantly surprised at how well it was carrried out! I've never really dealt with drama well so I was kind of turned off by that but I still loved how things were put together. I even got teary eyed several times! The characters were amazingly well done with each character growing before you as the anime progressed. As they struggle with their feelings and what's going on in their lives you watch them fully develop right before your eyes. Overall I started this anime because it was by P.A Works and I adore their animation, but in the end I completely fell in love, not just with the animation but with the whole package! Nagi no Asukara was a wonderful surprise! Very glad I watched it! 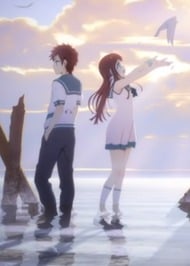 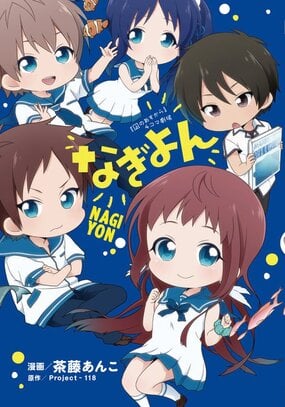 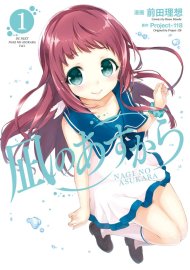 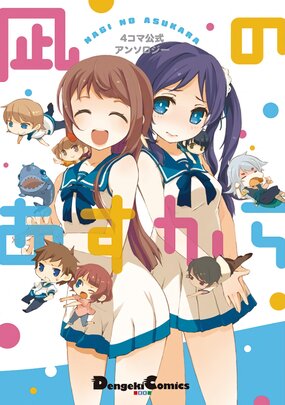 4-koma Koushiki Anthology: A Lull in the Sea