A Day Before Us 2 - Recommendations 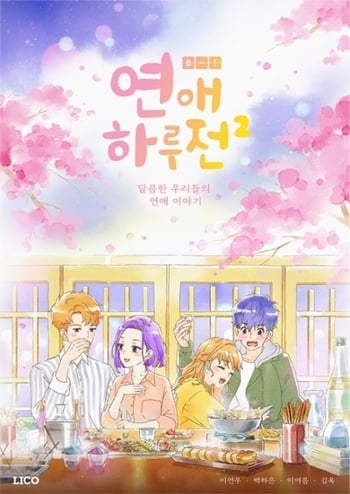 The anime will take place in Fukuoka, and will follow the love lives of four female protagonists as high school students, college students, and as working adults.

Unlike the first season of A Day Before Us, the second season is more dramatic, which mirrors the tone of Sono Toki. Both anime also have four main characters that you get perspectives from. Misunderstandings, love triangles, and making up from fights are par for the course in both. If you are wanting an easily digestible romance anime then either one will work wonderfully for you. Sono Toki flirts with 4 seperate storylines while A Day Before Us 2 works with a fully connected storyline.

Pucca is the sweet daughter of a Chinese restaurant owner. She loves to eat ja jang myung (Korean black noodles), but she is even more in love with Garu, an aspiring ninja.

Three thirty-something friends meet each other for the first time in ten years. But when one of them goes on a blind date with a gorgeous girl, things become quite complicated.