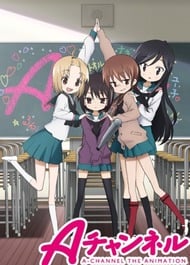 This is one I rather enjoyed. While its not my normal brand of show, I really did enjoy this. The sotry was above average and was really cute. The animation was good, better could have been done but good none the less. The characters were a real motely crew, but they came together quite nicely. I recommend this for guys trying to get their girlfriends into anime, and appear sensitive.

The STORY of A-Channel follows a young girl named Tooru entering High School for the first time and having to learn to share her best friend, Run, who is a year older than her and has made some friends in High School already.  The plot line is relatively weak, but this is an anime that relys on the characters, rather than the plot. The ANIMATION is very cartoon-y, which in it's defense, is a perfectly suited for this kind of family-friendly anime.  However, it's not my style.  All of the characters have enormously big eyes that are reminiscent of older animes and are drawn in the blocky style of a child's cartoon. The SOUND was very good!  Although I didn't particularly like the OP or Ending, I felt like they were perfect for A-Channel.  Also, the seiyuu's did a great job - everyone's voice felt appropriate for their character. The CHARACTERS were not very strong, but they were likeable.  Tooru was the "main" character who had a bit of a Napoleon complex due to her height. (I put main in parenthesis because all four girls had nearly equal airtime).  Run was your typical airhead, but she was sweet to watch.  Nagi was probably my favorite, being the more practical of the four and also had a hangover for dieting - which gave her depth.  And lastly was Yuuko who was the pretty girl who was also, possibly, the nicest of the four. My PERSONAL ENJOYMENT level is probably the same as the objective rating I've given - maybe closer to an 8.  I didn't think I would like this anime at first, to be honest, so I entered in with some reservations that may have ruined the first few episodes for me.  However, as the series progressed, I found I really did enjoy this series. OVERALL, I would recommend this anime to anyone who likes other series' such as Azumanga Daioh and Nichijou TV (even Yumeiro Patissiere).  Although this is not quite as funny as the first two mentioned, it did give me the same feeling as watching them. 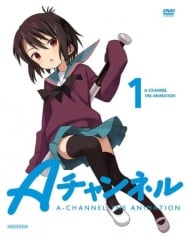 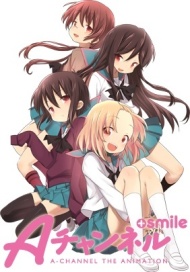 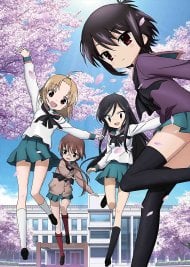 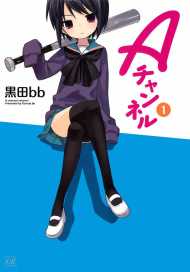