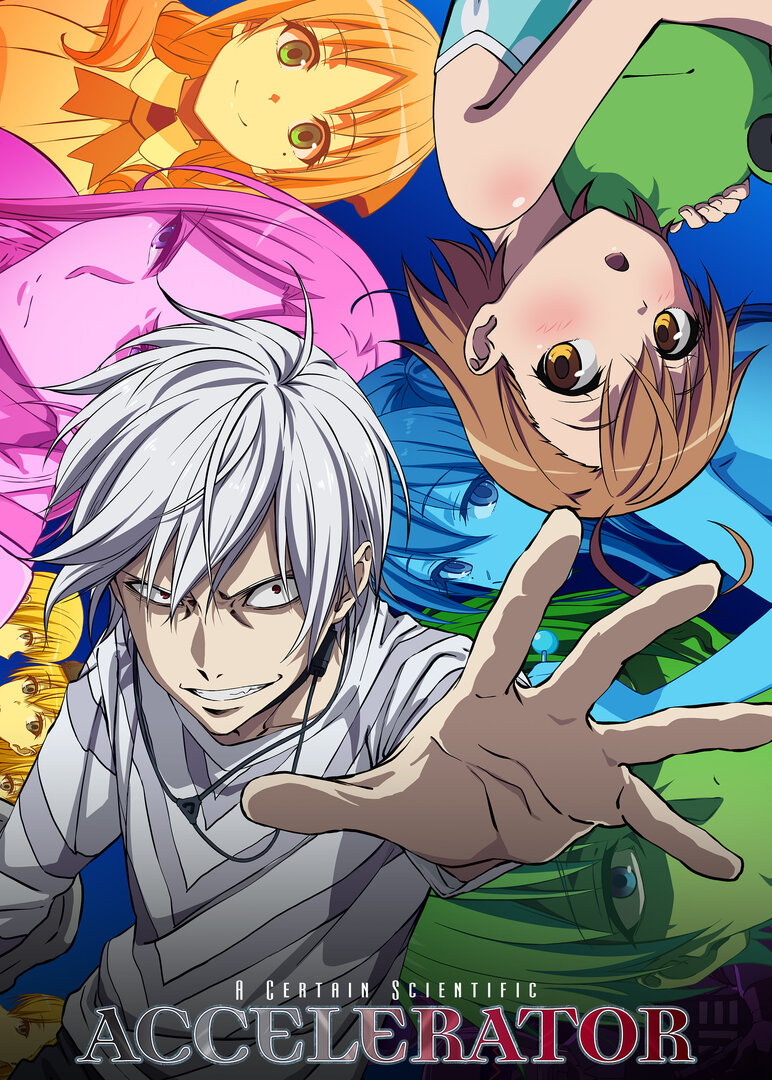 A certain scientific accelerator... Isn't accelerator the main (and a damn good) reason to watch this masterpiece?

besides him (and his badass laugh), the animation is great, not to say masterful, the chara design is just so great and the soundtracks are really good (it depends). This sequel is a real masterpiece that everyone should watch.

Side Note: watch the original series "a certain magical index" to understand more. But you can also read articles about "index" main events to understand better the world of "accelarator". It goes also for "railgun", which i'll write a review about later.

I just started watching this anime coz i liked the animation and i wanted to try watching more shounen, and since this series was going on , i gave it a try

it was only after 2 eps that i realised that this anime is part of a whole other series (a certain scientific railgun) that i need to watch first to understand what was going on .. nevertheless i do highly recommend the series as not only is tha animation gud but also the story is quite interesting

plus..,..  like.. freakin. accelerator .. he should be a more than enough reason for you to watch this lol

For now my favourite season of the toaru series, dark and action flilled, not even one episode bored me.

I found this series after completing its main story "A Certain Magical Index" and lets just say that I was really glad I did. At the time I was watching on Funimation and found this while putting in the search bar "A Certain." If I had been watching on some other platform besides Crunchyroll, I might not have found this series considering most only have Index and Railgun.

I obviously decided to watch it cuz well, its about Accelerator, its obviously going to be epic. And it was. I really loved the animation and the sounds. The fight scenes were just AMAZING. It was also really easy for me to understand what was going on most of the time because I had watched the main series beforehand.

Anyways, I highly recommend this (except maybe try watching the main series first if you want to understand it a bit easier) series and promise that it will be worth your time.)

A Certain Scientific Accelerator (Toaru Kagaku no Accelerator) is a Japanese manga series, which was written by Kazuma Kamachi (Heavy Object) and illustrated by Arata Yamaji. An anime television series adaptation by J.C.Staff and A.C.G.T aired on July 12, 2019. The final episode aired on September 27, 2019.

Accelerator is considered the most powerful psychic in Academy City and one of a few able to shift to the level 6. He, however, now lives a peaceful life and tries to recover from the past injuries. His rest is interrupted, when a rogue group within Anti-Skill called DA that is obsessed with bringing justice to Academy City so much that it would even opt for kidnapping and experiments on humans, causes pure havoc in the city. While Accelerator does not like to be bothered and hates problems, Disciplinary Action, or DA is enough of a threat for Accelerator to take actions, mainly because of the fact that the rogue group, for some unknown reason, is trying to kidnap The Last Order. Now only Accelerator can save the Academy City and The Last Order from the zealous fanatics, working in DA.

While A Certain Scientific Accelerator is not a direct continuation, or prequel to any of the series, you will need to watch A Certain Scientific Railgun to understand what is going on in the series, otherwise it will be somewhat difficult to interpret the story-line. You might also watch Toaru Majutsu no Index to get a full understanding. With that being said, the main villain of A Certain Magical Index franchise finally gets his own TV series. While many might hate him for the person he is, attentive viewers and readers will understand his motives. It was nice for him to get a personal TV series that will show the viewer more about Accelerator. In addition to this, just like in Toaru Majutsu no Index, Toaru Kagaku no Accelerator unites magic and science and the end result of this is quite of a mystery that is not only breathtaking, but also disturbing sometimes. And when it becomes disturbing, it will make you feel hella uncomfortable. No spoilers, though.

Animation wise, it is, without a doubt, an absolute masterpiece: characters design, backgrounds, action scenes, facial expressions; absolutely beautiful. Sound wise, if there is an English dub one day, I would still highly recommend you to watch it subbed; there is only one Accelerator and it is Okamoto Nobuhiko.

As for the characters, there is only one new protagonist that is worth mentioning, Rosenthal Esther. Let us omit the type of magic she practices and just say that she is a magician that wants to meet Accelerator to inform him about the upcoming events. She is a very easy-going individual, who, in reality, possesses a terrifying power. Anyways, A Certain Scientific Accelerator has a pretty nice character cast, including supporting character, as well as villains.

9 Misakas/10, says Misaka Misaka trying to hide the fact that the whole review is nothing but fangirlism, but actually giving it 9 Misakas, instead of 10, hiding her attitude towards the said series.