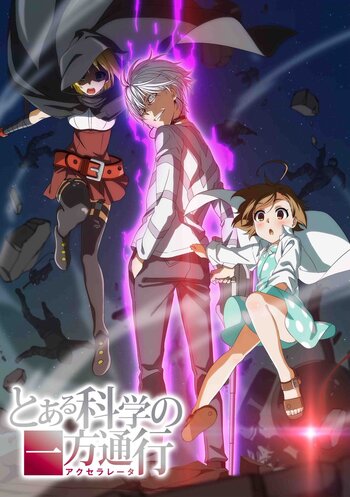 If you're looking for anime similar to A Certain Scientific Accelerator Special, you might like these titles.

Koichi is an ordinary youth given extraordinary powers to fight a shadowy underworld of renegade psychics. Hidden in a forgotten desert lies the tower of Babel, created by an unknown force. As its successor, Koichi summons three psychic guardians and challenges Yomi, Leon and any other renegades brave enough to stand in his path.

In the technologically-advanced Academy City, millions of students study superhuman and psychic powers. Judgment, a group made up of specially-trained students and adults, helps combat threats to the city and its people by helping apprehend power-wielding criminals. Mikoto, Kazari and Kuroko are three friends who juggle school and Judgment, all the while learning how to best use their skills. Together, they will help keep Academy City safe from the bad guys and have plenty of fun in the process.