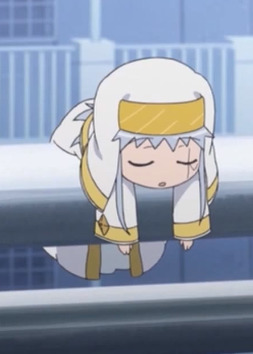 The stakes are higher than ever before. Academy City and the Roman Orthodox Church are at each other's throats, and several independent groups are ready to take advantage of the chaos. Meanwhile, Toma is busy dealing with a very hungry Index and the deadly members of the Right Seat of God. Will Toma's luck improve, or will his right hand be his undoing? The time is nigh to put Imagine Breaker to the test.

When the president of the Psychic Power Research Society is unceremoniously ejected from the club by its brainwashed members, a team powerful three powerful psychics known as the Academy Super Girl Team begins to investigate strange occurrences at Yamashiro Academy. Can they uncover the secrets of the Psychic Power Research Society, and figure out exactly what the group is plotting?

Ran Isozaki is a typical middle school student with a typical crush on her childhood friend Rui, and a not-so-typical ability: she has just discovered that she has the power of telepathy! Though she'd rather be finding ways to get Rui's attention, Ran finds herself in the middle of sinister supernatural situations; but she's not alone! Joining Ran is the cocky and beautiful Naha Midori, a fellow telepath who has just transferred to Ran's school. Together, Ran, Naha and Rui will experience the joys of middle school, and the perils of the supernatural!