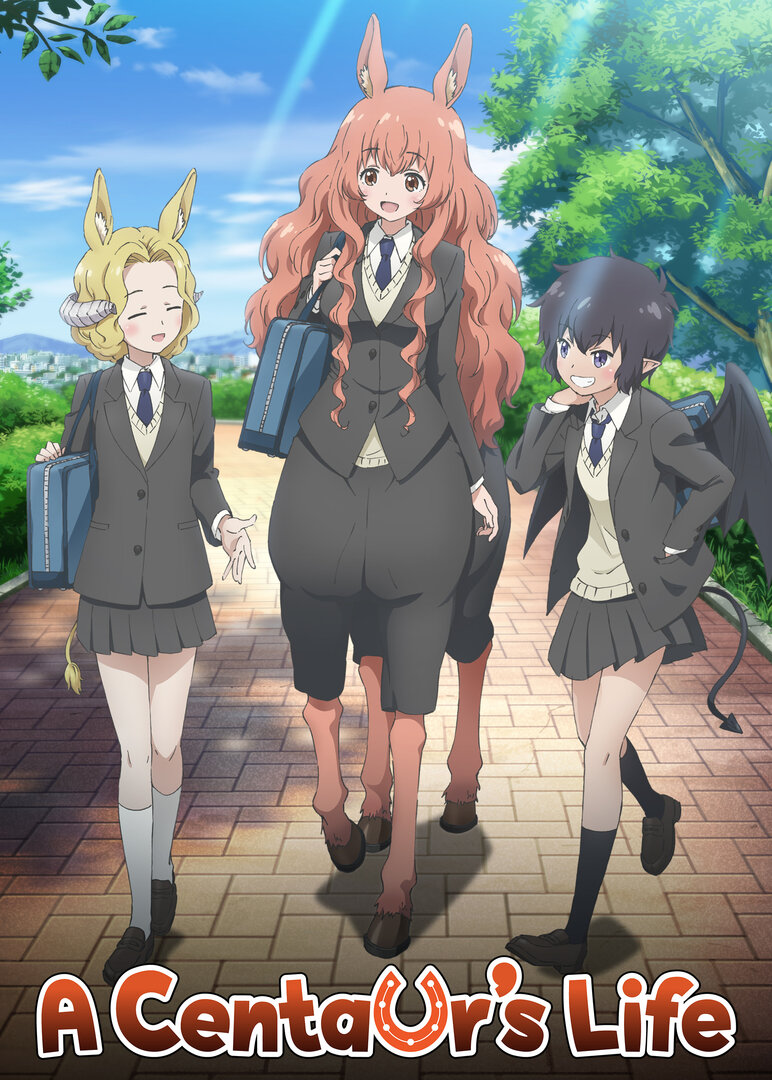 I don't care that ecchi is ham fisted in with harder topics and the show tries to juggle both.

It has definite flaws with the first episode and later ones with shoving in characters you've never met.

Despite all that this show has more to say than a dozen of its contemporaries. It has episodes that will make you think and reflect. How many idol trash shows or isekai's actually trigger thought beyond "what happens next?" Or "that was cute"

This show is good. %&[email protected] you fight me.

There is so much to like about this anime, and I think it would have been perfect if they ditched the ecchi overtones. It targets the wrong audience in the wrong way. It would be perfect as a clever shojo anime without the ecchi, because of the politics and dillemas surrounding the girls. Instead it was created as a seinen anime that misses in all areas. My daughter wants to watch this one, but I can't let her until she is older. Such a wasted opportunity.

On the one hand, Centaur’s Worries is a series of slice-of-life shorts with heavy yuri undertones.  On the other, it is a political satire about international relations told from the perspective of fourteen-year-old girls.  On another hand entirely, it is a story about raising small children.  On yet another hand, it is an in-depth (and unnecessary) lesson on how to live with tails, hooves and horns.  If the show had committed to any one of these themes, it would have likely been a success; at its foundation there is a lot to praise.  Sadly, it squanders this potential to become just another example of mediocrity.

Underneath the lack of plot and meaningful resolution is a diverse and interesting world.  There are quite a few different species of humanoids, and diplomatic relations between them have been historically tense.  As a result, our main ensemble live in an alternate Japan where discrimination is now punishable by long prison sentences and behavior is heavily censored to avoid misunderstandings.  Political struggles seem to be happening constantly, but by focusing on an irrelevant group of teenage girls the show ensures that none of them are fully explored or resolved.  Instead, Hime and her friends ponder society’s problems while trying to win competitions and go on dates.  These commonplace experiences may make them semi-realistic teenage girls, but it also makes them terrible protagonists in a world that demands exploration. The ensemble is generally interesting and relatable, and some of them are quite endearing.  Unfortunately, a number of useless gimmicks lessen their impact and create small inconsistencies.  For instance, while many of the characters go on dates, none of them seem to have a significant crush or romantic interest.  In order to keep the show only mildly yuri and mildly ecchi, none of the girls are allowed to have solid sexual identities.  Instead, possibilities are merely alluded to and an unrealistic innocence is maintained. In between these gags are tender moments with young children as the girls babysit or watch over them.  These chapters often involve life lessons and change the tone of the show completely.  The conflicting themes often make it seem like multiple anime have been spliced together, especially when entire episodes are dedicated to important political figures the girls have no interactions with.  To make matters worse, large chunks of time are wasted explaining the literal complications of hooves and horns, as the show has a keen interest in how characters get dressed or brush their hair. Most of the technical elements follow in this vein of mediocrity.  The voice cast are all relative unknowns, and their performances are solid but unremarkable.  The art and style are beautiful, yet regularly marred with lazy animation. The background music and sound are unnoticeable at best, and the opening theme is catchy but generic. I will say that the ending theme and credits are beautifully done on all counts, which only further proves the show’s underlying potential.  Unlike so many others that lack original ideas or creative sparks, Centaur’s Worries lacks proper execution.

In the end, I found myself wanting to like the show but not being able to.  I’d like to think that this season was only meant as a light prologue to something better, but with such a bland debut it’s hard to imagine a sequel or follow-up of any kind.  I have to admit, however, that if they were to come out with a sequel I’d probably still watch it. As disappointing as this season was, a part of me still hopes that this fascinating and beautiful world will get a chance to shine.

Nice and relatable anime. Nice for when you just want to relax.

If you are someone who hopes for at least "average" quality to entertain yourself, regardless of genre. Then let me save you 3 hours of your life and spare you this anime.

Somewhere on this planet, a third-rate writer had a third-rate idea. "What if humans adopted a different form of evolution, with different animals as the starting form? Fish people? Bird people and even centaurs? And these would live in a slightly sociocritical situation, just like us. The basic idea would be interesting, wouldn't it?"

No matter how I look at it, the concept would have been suitable in itself. Likewise, the intro also relatively aroused my curiosity. But what did the viewer get?
A not even average comedy, with some of the most boring slice of life episodes you can imagine. On top of that, the author probably didn't even have an idea of what he wanted to make of it. So we had plenty of fan service, plenty of sexual references, a vagina comparison between the girls (yes, word literally) and a collection of the worst conversations imaginable.

I've seen a lot of slice of life anime, and I can understand why it's hard to be convincing in this genre. However, anyone who produces such uncreative grit where they have no idea what they are trying to do and instead explain to the viewer basics of humans or the different types and names of grass, this is the end. Not to mention episode 12, which also had word-for-word admission that it had no point. Ironically, episode 12 was the best in this anime.

We have the relatively typical shy centaur protagonist, with no real character traits. But she was worried about her vagina, so at least she has more personality than the others.
Then we have the bat girl and some other girl whose name I didn't even remember because they didn't really have screentime or character.
The snake girl was of course the best in terms of personality, but could hardly make up for the already non-existent quality.

The majority of the characters' scenes were kept within the concept of their everyday lives. How they dress, shower their little everyday problems and sexual topics. I'm a bit irritated why the 3 cat drillings had such an ambiguous mindset. From whom, the sister or the father? They only go to kindergarten.

Until episode 4 it was still relatively average, but from then on I can't say anything other than - "I probably have a higher budget than this studio"- seriously, neither the dishes, nor the proportions in the eyes they managed as soon as there were 2 or more characters in a scene.

The intro and outro probably ate 90% of the budget.

[Music 4] The intro was average, although the beginning sounded relatively individual. The outro was interesting, but immensely contextless. It gave the impression that there was more to the anime than there actually was.

And the ost... for God's sake who signed off on that? They threw the osts in anywhere they wanted, the main thing being that the music could compensate for something. And then the osts were usually louder and more annoying than the scenes themselves. Imagine 2 characters talking and in the background someone banging pots and playing a trumpet.

The basic idea was interesting and I really tried to get into it and find something positive about the series somewhere. But this was simply impossible, even for the hardcore average, the series was worlds away from that.