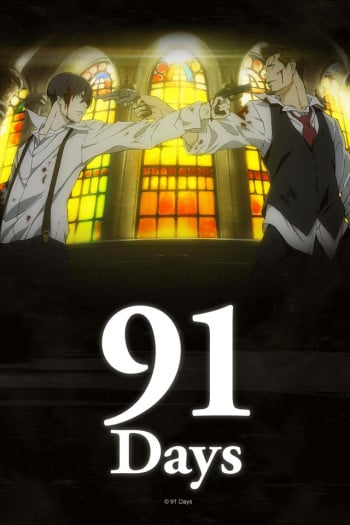 91 Days is a revenge story about Angela Lagusa, a man who had his family killed by the Vanetti Family when he was a child. After receiving a letter telling him exactly who did the murders, Lagusa assumes the identity of Avilio Bruno to exact his revenge - which takes exactly 91 days. The anime aired in the Summer 2016 season, with 12 episodes (and one recap) in total.

91 Days is both intriguing and interesting. There is no "hero" in this story - nobody has morals. It's just that some people are eviler than others. The show constantly shocks you and makes you uncomfortable with grotesque scenes, but moves the plot along perfectly. The anime follows a straightforward path of Avilio Bruno's revenge story, never straying too far from the main conflict. As it is set in the Prohibition Era of the United States, it is also mostly devoid of anime cliches.

The animation and fight scenes are also done really well. From escaping from a burning building to murdering the mafia heads, every scene has fantastic animation. The art style is very bleak, which helps give the show an even darker tone.

The soundtrack of the show is also amazing, playing very well with the action scenes. The opening theme, "Signal" by TK, is one of the better openings of the 2016 year of anime, and in my opinion would've been the best opening of the Summer 2016 season if songs like "99" (Mob Psycho 100) and "Paradisius-Paradoxum" were also contenders.

The characters of the anime were good, but nothing out of the ordinary. Angela Lagusa is an anti-hero determined to avenge his family, but we've seen that before. Nero and Fango seem mildly interesting, but none of the other characters are explored in depth enough for me to truly say the character development was spectacular.

In conclusion, 91 Days is a dark revenge anime that manages to execute the plot perfectly and be devoid of cliches. It also has excellent animation throughout the many fight scenes in the anime. The soundtrack of the anime fits perfectly, and the opening is amazing. The characters are a bit lacking since they are not explored in-depth, but they are still interesting. In conclusion, 91 Days was a great anime. If you enjoy gritty dark revenge stories where there are no heroes, I would recommend this anime to you. 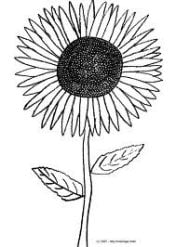 Revenge and Gangster during prohibition time in USA

Oh, i just really love the aesthetic of this time period (late 1920ish): gorgeous !
Even if the animation is not 100% my kind, the decor, backgrounds and general atmosphere really conveys the gangster vibe of this period, pleasing to the eye and matching the story

No "black and white" revenge drama here ! Yeey !!
The main plot is not about discovering that "revenge is not the answer", it goes beyond that.

I really liked the ending, showing that human relations and emotions are multidimensional

On the side note, bit frustrated that it didnt go deeper with the characters to get attached to them. True that it's a 12 episodes anime with A LOT going on, so i get that it can be tricky
Also, the first episodes can be a bit difficult to get into. I dont really know why though...

Its definetely for a mature audience, like a good gangster movie

Anyway, i recomend it, its short and for me the pace was good, I invite you to go watch it :)

+ The animation of the waves in the end  : WOW, beautifull !

Interesting start to say the least. I was caught by the title and promotional poster for this series. With a strange title using numeric values and from watching the first two episodes, one can only assume it's following a format? Will this actually have 91 ep? That I'd be interested in seeing. Especially how they'd separate them via season if considered. Lovely art style (very Baccano), love the setting and am interested in seeing the plot progress. If you're interested in prohibition era, mobsters, guns, smoke, and revenge (with a twist) I'd say give this a watch.

Revenge stories are boring, since there is very little you can do when a guy is obsessed with punishing a bunch of people. You might appreciate the methods he is using but it certainly doesn’t evolve characterization past the 2 dimensions. Avengers do not seek salvation, they don’t expect forgiveness or a happy ending, they are self-destructive and turn away from catharsis. V for Vendetta is a rare case that mitigated this issue with lots of social commentary, turning the punisher into an ideal besides a vigilante.

91 Days doesn’t do any of that sort and remains throughout its course a straightforward revenge story of a guy trying to kill those who ruined his life. Although there is some effort placed in making it seem like he is using his brains by working from within the very organization he is trying to destroy, in the longrun it’s just smokescreen for predictable assassination schemes. There are no twists, no themes explored, and not much introspection for its numerous characters.

Although not enough, the setting is eye popping, since there are very few shows taking place during the prohibition era of America. There is a lot of attention in recreating the feel of that time, but it’s nowhere near as impressive as something like The Godfather movies. The rather low budget in animation is damaging, as the backgrounds are great, the music fits the tone, while characters in the foreground are often off-model or move in a weird way.

The characterization is also hit or miss, since some in the cast are portrayed three-dimensionally and act like real people, whereas some others amongst the gangsters are over the top cartoonish bad guys. It excuses why most of them are willing to backstab allies and bosses, just so they can replace them, but it sure doesn’t make them feel like anything more than throw away greedy jerks.

As for those who have a more subtle behavior, they suffer from not being memorable. Since very little is going on in a simple revenge story, and they act like normal people, there is not much to take from a show that lasts only a dozen episodes. Especially when most of them die very fast.

Which is also a negative. Unlike most shows, there is no plot armor, since anyone can die at any moment, regardless of his importance to the story. The thing is, the way most of the characters die usually feels anti-climactic and even dumb, since none of them seem to be taking measures against getting shot. Sometimes it is excused, since the protagonist is supposed to be their ally, and thus keep their guards down, but to the most part, most deaths are the result of plain stupidity, as they don’t take any actual percussions every time they are about to do something very dangerous.

It takes away a lot of the drama when you feel it could have been easily prevented if they were using their brains. Especially after the murders become more often and should have made them more suspicious of their surroundings. It is immersion breaking when you watch it happen many times and so close to each other.

Although 91 Days lacks supernatural elements and high schools, something the staggering amount of anime have regardless of the time period they take place in, it comes off as more dull than realistic, with a simple plot, a forgettable cast, and animation that leaves much to be desired. The average anime fan will easily recommend something absurd like Baccano over it, just because it is better produced and has far more eccentric characters. Who cares about realism when it bores you to sleep, right?

Bottom line, it’s not an awful show, but it certainly could have been way better.

I was a bit skeptical at first, but I gave it a shot anyway. The story follows Angelo Lagusa, a man wanting revenge on the people who killed his family, and we see his anger. and the rest after this is spoilers so if you havent watched this anime I reccomend you dont read the rest.

So what I thought was a bit stupid was his friend that made the moonshine. He was a bit annyoing in my opinion, he didnt understand the world of buisness. Might I remind you this anime is about mafias and stuff and that one character was jsut stupid, and I was a lttle glad he died. Then the ending was somethign I was really pissed about. It turns out the guy who killed  Angelo's family kills him. Even though we dont seee it there is a gunshot and the man walking away which just. AHHHHHHHH pissed me off so much like what the fuck. But  respect the creators thoughts, but I thought it could have ended better.

And that is my review if you agree with me then agree if you dont then explain to me why. BYE