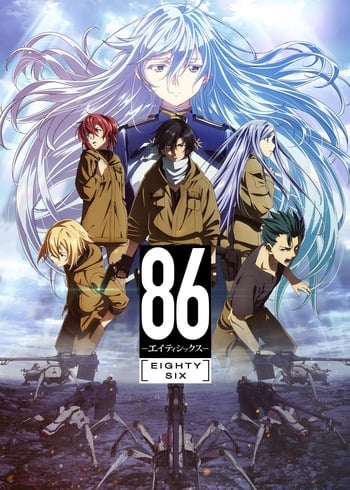 Following the Tuatha de Danaan's seajacking incident, things are back to normal at Jindai High School in Tokyo, or as normal as they get with Sousuke guarding Kaname. After finding out who betrayed Mithril and caused the seajacking incident, Kurz and Mao are sent on a top secret mission in order to capture and bring the traitor back. However, Sousuke and Kaname's lives are about to change when they meet Leonard Testarossa, a high ranking member of a mysterious group named Amalgam. After their meeting, Leonard warns her that he would do anything to recruit her even if it means war in the streets of Tokyo.

Rygart Arrow is the only one in his world who lacks the inherent ability to power up quartz, the energy source that makes all of the machines run. Good thing the King and Queen of his country of Krisna happen to be old college friends! But so is Zess, the leader of the army of mechs invading Krisna. As usual, Arrow feels useless in the face of battle, until he comes across a powerful, ancient battle suit that no one else can run. His natural affinity for the suit's operating mechanism may just turn Arrow into the most important player of all.

All You Need Is Kill (Light Novel)

Mankind is losing the war against the Mimics: mysterious, alien creatures that arrived without warning, leaving a trail of death and destruction in their wake. Hope lies only with the United Defense Force, a military division that holds the front using special powersuits. In Japan, new UDF recruit Keiji Kiriya and his team are set to engage in a special mission to take back Mimic territory, joined by none other than the Full Metal Bitch: a legendary American soldier renowned for her red suit, special battleaxe and high body count. But after being mortally wounded on the battlefield, Keiji gets caught in a time loop that forces him to revisit the battle over and over, retaining his memories each time around. Now, Keiji must live, die, and repeat the same day, becoming a stronger soldier each time, in hopes of someday defeating this alien menace.