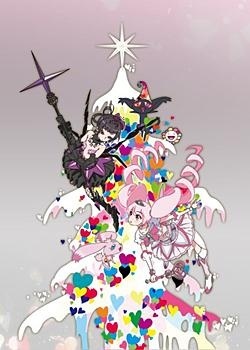 Originally a collaboration project between Japanese car manufacturer Subaru and animation studio Gainax of Evangelion fame, Wish Upon the Pleiades, known in Japan as Houkago no Pleiades, features a cast of magical girls who are helping an alien to recover fragments so that it can return home to the Pleiades.

When Subaru ran across a group of her classmates, she had no idea that they were in fact magical girls, and that she'd be recruited to become their newest member. For Aoi and the rest of the gang are on an important mission – they must collect special fragments that can be used to power a spaceship and send an alien friend home. But the girls aren't the only ones after these items...