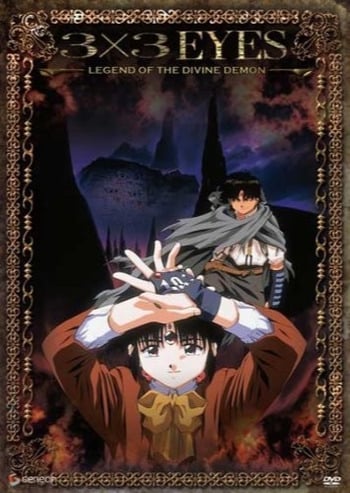 It has been four years since Pai, a young girl born from a race of powerful creatures, disappeared without a trace. For Yakumo, Pai's love, and Wu, reuniting with her is bittersweet -- for she has amnesia, and has no memory of her past. Now, with many enemies rising against them, Yakumo and Pai must strive to unlock the spell which seals her memory, so that she can defeat the evil Benares once and for all.

NOTICE: This review involves the entire series, including its sequel, Densetsu. PREFACE 3 x 3 Eyes is an old action/horror/drama series that involves a supernatural girl and an immortal male teenager in their quest to find a way to live a normal life. It was a nice thrill for the time it came out but after all these years I feel like it means a lot less than, let’s say, Urotsukidoji in terms of occult, or Shiki in terms of pondering about immortality. Plus its premise has been overused in later series to the point it means very little anymore. THE STAFF - The studio behind its production is none other than Toei, and that automatically means some basic quality in overall. - The director of the anime is Nishio Daisuke, who also directed the fabled Dragonball Z series and lately is preoccupied with the Pretty Cure franchise. It was a wise and fitting match-up, since his attention to action and emotional tension fits the overall feeling of 3X3. - The anime is based on the manga by Takada Yuuzu, a minor name in the field. His Blue Seed anime adaptation was sort of famous back when it aired for its occult theme but the rest of his works are aimless goofy comedies nobody cared for. PRODUCTION VALUES The general artwork is very good back in the days it was made. It has an occult concept, as there are several gruesome monsters in it, backed up with ancient ruins and bloody action that back then could only be surpassed by Urotsukidoji in its graphic gore (but don’t expect any sex). Everything else is out of date of course and looks too jerky today but it is still an above average production. It is nothing you haven’t seen in modern series of the same kind; the depiction of cities, schools and ruins is lukewarm and the animation is choppy. But it still manages to maintain somewhat distinctive main character figures; I will always recognize Pai thanks to her wide forehead and third eye, lol. Nothing to write about the sound part as I forgot all about it. That means decent voice acting, forgettable music themes and sound effects. SCRIPT Demons, immortals, satanic rituals and … Japanese schoolgirls! The adaptation remains faithful in all the key events of the manga without holding back on the gore and violence. A few differences I spotted is how the anime version speeds up the plot by taking out many minor events that are otherwise fleshing out the characters, as well as presenting things as if all villains are working in the same organization instead of being stand-alone groups. Other than that, it is nothing special and it’s so small in duration that can be described as followed: Part 1: Mysterious super girl looks for remedy, makes average teenager an immortal bodyguard, fights demons for a relic which can turn her into a normal human being.Part 2: Mysterious super girl gets amnesiac from previous battle, immortal bodyguard looks for her, fights demons who want to exploit her powers.Part 3: Mysterious super villain captures super girl, their pasts are revealed, bad guy’s plan is revealed, immortal bodyguard fights him in ancient ruins, final flashy battle occurs… The end. It is linear and straightforward, focusing on only the two main characters but at least there are no fillers. All the supernatural things in the story are simply explained as being “magic”. If they were technology, they would need some serious explaining; so, they are half-baked. We must accept a series where demons are roaming free and of mystic civilizations being hidden from the modern world, which was kind of hard for me to accept. As for the conclusion, there is one in the SEQUEL. And it is a lukewarm “happy ending” one; nothing extraordinary. You may notice how typical it looks today, since most shonen seem to be redoing it with more duration. Well ok, back then it felt more original and the violence was definitely much higher than the soups we get today. CAST The characters are completely clichéd with today’s standards; a butchy super chick with issues, a nice-guy dork protector who loves her and a typical megalomaniac villain who plans to kill/destroy the world. Sounds familiar? The only thing that they are worth remembering is the typical-but-never-boring dramatic phrase “I want to live a normal life with the one I love than rule the world alone”. It is just a two-person series as all the support characters and villains are simply not doing anything to affect the central plot and are there just to fill the background. But it is true that the main duo gets a wonderful focus that manages to captivate you, despite its simplicity. By the end of the show you really feel that they developed and even found catharsis. LEGACY Easy to watch, even easier to forget. Just because it’s a cult title, it doesn’t automatically become very enjoyable. Especially after watching a lot of similar stories. Past a collector’s urge to have every anime classic ever made, it’s nothing special. [/spoiler] SUGGESTION LIST Similar themed series where a demon-fighting supernatural woman gets a male boy as aid and then falls in love with him: Fate/Stay Night, Busou Renkin, Shingetsutan Tsukihime, Shakugan no Shana, Bleach, Birdy the Mighty. You may also want to check out Shiki, an occult/horror/mystery show around vampires.

Not a review, so much as a bit of clarification as to what's going on here. For those of you who are confused by all this, read the manga. :PNaw, actually, the girl Yakamo loves is Pai, who was sealed by Oshio, the snake demon. Oshio did fall in love with Yakamo though, as her memory was also damaged, in that sealing.In the manga, Oshio becomes a kind of rival to Pai in that respect, but yeah. If you'll remember, Pai and Yamako were already in love before her consciousness was sealed by Oshio. In the american dub of this anime, it implies that Pai never existed, and that Oshio was the second personality. This is down to poor translation.The original japanese however does keep better to the plot of the manga. Oshio does "change" but she does not become completely human. Rather, she becomes a recurrent character who can shapeshift at will.Incidently, Yakamo becomes stronger as the books progress, even taking some of the powers Benares has. This series only covers about the first 3 or so books of the manga, and Yakamo and Pai have many further adventures before the true final.

The STORY of 3 x 3 Eyes - Seima Densetsu was so much more tolerable for me than it's series predecessor.  I loved the fact that Yoko was a snake who had such personality!  And I thought that the characters really carried this OVA and made it a lot better than the first.  In this OVA, Pai has become Pavarti and does not remember anything about wanting to become human, or that she isn't even a human and Yakumo has set out to find her and remind her of who she is and of their quest. The ANIMATION was perfectly suitable for an early 1990's anime.  I had no problem with it.  It was neither wonderful nor terrible - a perfect C rating. The SOUND was better for me in this because Pai was in it less and Pavarti did not disturb me nearly as much with her voice.  The sound rating literally jumps up an entire point because of the lack of Pai, which I appreciated greatly. I am also much happier with the CHARACTERS this time around.  Yakumo was so much more of a man - his character development was well played in this.  And I much preferred Pavarti to Pai and I also really loved the snake, Yoko.  For me, all of the characters were so much better this time around. My PERSONAL ENJOYMENT is probably more of a 6 with this, but I am rating it a 7 because I can see that it was better than my own enjoyment level.  I found this a lot easier to get through than it's predecessor but I was glad I had a dog present with me. OVERALL, I would recommend this if someone had seen 3x3 Eyes already, regardless of if they liked it or not.  If they didn't, I would give them hope because I did think this was better. 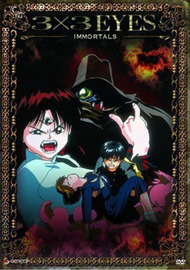 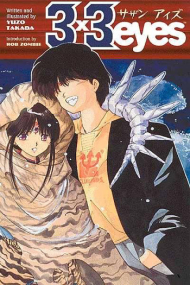 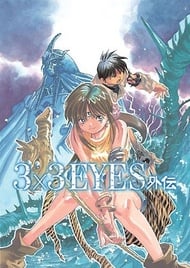 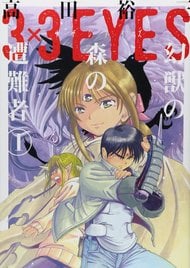 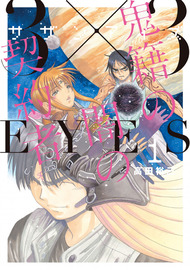