2112: The Birth of Doraemon - Recommendations 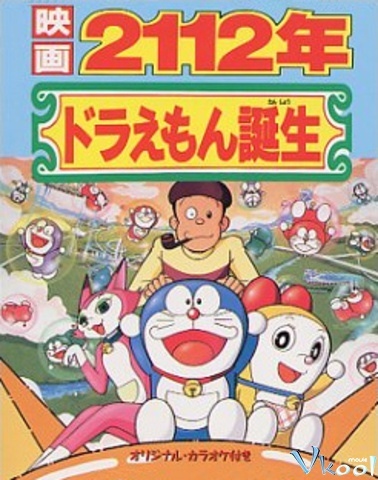 Nobita's dad stumbled upon a strange advertisement of a fantastic resort on television at midnight. Sleepy as he was, he made a reservation even though he didn't even realize he was talking to the advertisement. The next day he discussed with the family their holiday plans, only to realize he could not find the place anywhere on earth. All of a sudden though, there was a suitcase in Nobita's room and intrigued as he was, he opened it only to find a portal to a beautiful resort managed by tin robots. Better still, it's absolutely free. However, it seems that there is a hidden agenda behind the person who invites them there.