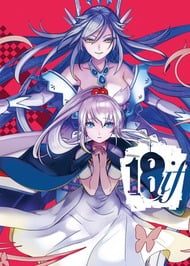 This is a pile. Extremely jumpy and eratic. Those seeing this in a positive light, well, I would relate them to those that like to watch D/F horror movies for a laugh, don't wast your time.

I went into 18if with fairly low expecations given the low stars it gets on here. However, I was kind of shocked how ultimately bad it turned out to be. Starting with music, I would say this is the best part, the intro song is pretty good, I never skipped it, the background music during episodes can get a little repetitive, but it's fine. That's the best part of the show. The animation changes basically every episode. I was not opposed to this, since each episode takes place mainly in a dream world, it would make sense that different dreams look different. However, the one consistent thing about the animation is how consistently bad it is. By the last few episodes I would start to notice how laughably bad some frames looked, just even the basic anatomy of characters didn't look like it was drawn correctly. I'm not sure if it was consistently this bad since the beginning and I just didn't notice, or if it just got a lot worse as the anime went on, but it was really bad. I think just about the only exception to the bad animation was episode 7, I think objectively that animation was better, but it was also SO different than every other episode that it felt really out of place. The story is mainly episodic, each episode there was a new girl for the protagonist to find and save from her unique dream world. There was usually some exposition about the girl/witch's life, and then there was some time spent in her dreams where the main guy would find her and through some sloppily written dialogue he would make her wake up. One episode in particular was about a girl who was bulimic, protagonist got into her dreams, eventually sat down with her and said something to the effect of, "Is it really so bad to gain weight?" Boom, all of a sudden her life was changed and she was able to break free from her dreams. Like, what? And the writing was pretty consistently lazy like that, none of the conclusions to the episodes felt genuinely earned. The last three/four episodes are especially bad, there are some unneccessary secondary characters added this late in the show, they contribute absolutely nothing but to waste some screentime. There is a ton of boring dialogue and uninteresting exposition dumped on you. There are some plot points that feel like we, as the audience, are supposed to be surprised by these plot twists, absolutely none of them come as a surprise. I think the last episode was supposed to be emotional? Or funny? It left me feeling nothing, and I'm about the easiest person to make cry watching a show. If I'm completely honest, about the last two-thirds of the episodes I was just bored. The characters are pretty poorly done. There's one main character, I don't even remember his name so that probably tells you how much I was emotionally attached to him. He is a very typical protaganist, every girl he comes in contact with falls in love with him, he's the chosen one to save all these people because... reasons. He's usually brave, sometimes stupidly so, and sometimes immature and pervy. I didn't hate him, but I was just not invested in his character at all. The two supporting characters that showed up most episodes were equally bland. The witches each episode were probably the most interesting, some more than others, but I still had very little emotional attachment to any of them. Overall, my biggest complaint would just be how inconsistent and jumpy the whole show was. I love an episodic show, but there has to be something constant to keep me invested in the episodes. There was absolutely no consistency to be seen between episodes, animation, tone, characters, it all changed. The protaganist stuck around but he had so little personality that it didn't matter. The episodes would range from violent/bloody/revenge-filled, to cute/romantic/bittersweet, to weirdly sexual/torture porn/fan service, to just boring and dialogue filled. Going into an episode you couldn't expect anything, because every episode was just so, so different from the last. I think the best episode was probably episode three, with the first love witch, it was the only one that made me feel anything at all, and I thought it was one with some of the best animation relative to the rest. After episode three it was only downhill. Episode 9 was probably one of the worst, as well as the last two episodes. To 18if I would say, I'm not mad, I'm disappointed. I think this is a great, and fairly original premise. Having each episode set in a different dream world could have been amazing, I can only start to imagine all of the crazy and beautiful new worlds that could be animated and brought to life with this premise. And with a solid protaganist that was easier to be invested in, the premise could have worked a lot better. I just wish this anime was better, because I want to like it, but it's just bad. I would not recommend this, if you're intrigued by what might be in store, you'll just be disappointed. 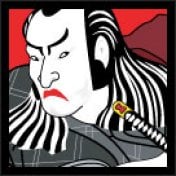 This series has a dark start, and maintains a theme of controversial topics to hold interest. it’s not horrible, but it’s not great either just average. I recommend a watch when bored and nothing else to watch or are waiting for a new episode of the show you’re currently watching.      The main characters are interesting and fleshed out while holding a bit of mystery throughout the story. The plot is a little out there, and has a good premise. At least it’s different I don’t think I have seen many with the same plot premise. The one place this anime does shine it the multiple art stiles. In each episode the art stile changes. Almost akin to Mahou Shoujo Madoka★Magica. You could even say it pulls a lot from the show Mahou Shoujo Madoka★Magica, but no ware near as good.  Sound quality is ok voice acting ok conveying proper emotional responses.      All said and done I recommend a watch for an average experience with a little shock value. It’s not a show for everyone, I must say it doesn’t deserve to get the low scores it has now but like I said an average. I give the series 5.5/10.