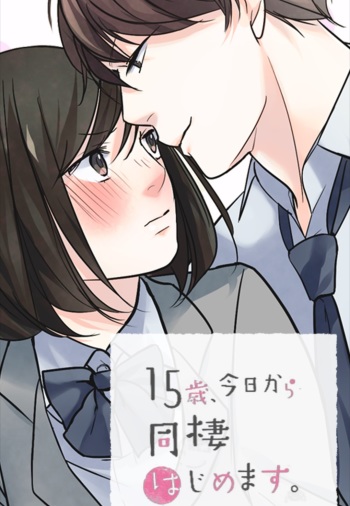 If you're looking for anime similar to 15 Years Old: Starting Today We'll Be Living Together, you might like these titles.

The romantic comedy centers around Makoto Kisaragi, a 15-year-old girl whose "special ability" is her persecution complex. She was raised well but in relative obscurity compared to her big sister, a famous model. Despite her negative personality, Makoto vowed to become popular when she entered high school, but things did not turn out quite so well for her. One day, she meets Iriya, Mr. Popular in their class, and they become friends.